“Nice Work, Have Some Edible Flowers” 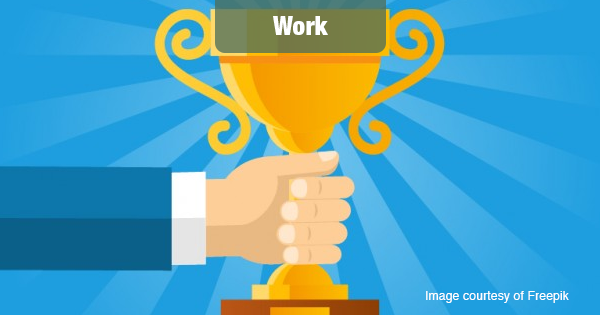 It’s always a good thing to recognize employees for doing a great job – or is it? Sometimes how you express that recognition can mean the difference between effective recognition or a confusing mess, staffing firm OfficeTeam finds.

OfficeTeam recently set out to find out just how much employees value being valued, and how they’d like employer appreciation to be expressed.

Two-thirds (66 percent) of workers surveyed by OfficeTeam said they’d likely leave their job if they didn’t feel appreciated. That’s up from 51 percent who responded that way in 2012.

In contrast, just over half (54 percent) of senior managers interviewed believe it’s common for staff to quit due to lack of recognition.

When it comes to giving thanks to colleagues, is it really the thought that counts?

Employees polled were asked to recount the strangest form of recognition they’ve received at work. Here are some of their responses:

“A loaf of bread”

“A CD of music written and performed by a coworker”

“A custom statuette of me”

“A large carving of a polar bear”

“A golden key to an executive bathroom that didn’t exist”

“Fresh meat from a hunting trip”

Workers were also asked to describe the best form of appreciation a boss or colleague had given them. Their responses included:

“A handwritten thank-you card from the chief operating officer”

“Being named employee of the year”

“An all-expenses-paid trip to Jamaica”

“A donation to a nonprofit in my name”

“A message sent to all employees acknowledging my work”

“Being flown to corporate headquarters and receiving a plaque”

“Lunch at a private club”

“A key stakeholder sent a complimentary email to my supervisor”

“A surprise party after completing a task”

Can you see the difference between these two lists? We hope so. Employee recognition experts say that it’s important that the perceived value of the recognition be high. Note that not all of the items in the “good” list are expensive things. Indeed, a hand-written note from the boss stands out, as does the day off.

Some of the things on the “bad” list are just cheap awards, while some of them are just plain weird. Others just seem thoughtless – as though employee recognition is done as an afterthought in those organizations.

So, is it the thought that counts? In many ways it is. When you value an employee’s contribution to your organization, you put thought into how you wish to express it, and how the employee will perceive your gesture or gift.