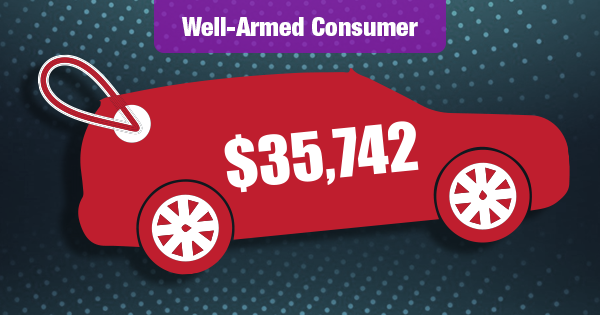 The estimated average transaction price for light vehicles in the United States was $35,742 in September 2018, the analysts at Kelley Blue Book report.

New-vehicle prices increased by $687 (up 2 percent) from September 2017, while remaining flat (down 0.4 percent) from last month.

“While September sales are expected to decline, average transaction prices remained strong, rising 2 percent year-over-year,” said Tim Fleming, analyst for Kelley Blue Book. “With interest rates on the rise and manufacturer incentives at a healthy level, thanks to tighter production, monthly payments for consumers are immediately impacted. If gas prices stay high in the fourth quarter, affordability will likely be a concern for new-car buyers and could lead to fewer sales at year-end.”

American Honda and General Motors were the strongest performers with help from redesigned models and the strength of trucks and utility vehicles.

Also among the top three performers, Ford Motor Company’s average transaction prices grew by 3 percent in September 2018. Lincoln rose 12 percent, thanks to the Navigator, which was up 33 percent.

The Ford brand also reported a good month, up 3 percent. The new Expedition had the biggest month for Ford, increasing 16 percent, while Mustang improved 9 percent on a high sales mix of the Mustang GT.

Among the major manufacturers, Volkswagen Group reported the only year-over-year decline, falling 1 percent, as Volkswagen’s 2 percent gains were offset by Audi’s 4 percent decline.

Volkswagen’s improvement was largely due to the Tiguan, with its share of sales doubling since its redesign. Audi had a lot of new models in its lineup last year, which is contributing to this year’s declines.

Find out more at kbb.com.