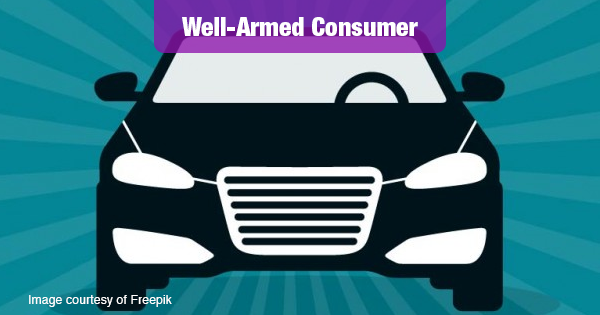 New vehicle transaction prices have reached absurd levels in recent years. In fact, Americans now pay an average of $34,968 for a new vehicle, according to Kelley Blue Book data from January.

“The changing mix of sales in favor of utility vehicles is the primary driver for the year-over-year strength, as average prices in SUV segments climbed modestly, while the prices of subcompact SUVs declined”, said Tim Fleming, analyst for Kelley Blue Book.

The problem is, wages haven’t risen enough to make such expensive vehicles affordable. In fact, most Americans are now buying or leasing beyond what is really reasonable.

Financing and leasing tricks can keep monthly payments down to a reasonable level, but the long-term effect of driving beyond one’s means is to live in a financially precarious way.

For instance, leasing means that we never really own a vehicle; we’re merely renting it long-term. We have no equity in the vehicle.

Buying on terms longer than 48 months put us in danger of being “upside down” — where the vehicle is worth less than is owed on it — for most of the life of the loan. Terms longer than 60 months pretty much guarantee it.

Such scenarios leave a person vulnerable. A family emergency, or loss of job, can result in someone being stuck with a suddenly-unaffordable vehicle, and few good options.

Buying an affordable vehicle, and paying it off in two-to-three years, is the best long-term plan. Yet, how many are doing this?

The good news is that new vehicle transaction prices did fall a bit from December 2016 to January 2017. Maybe things will moderate a bit in 2017. We can only hope.