1 in 3 Americans Think They Will Never Be Debt Free, Survey Finds 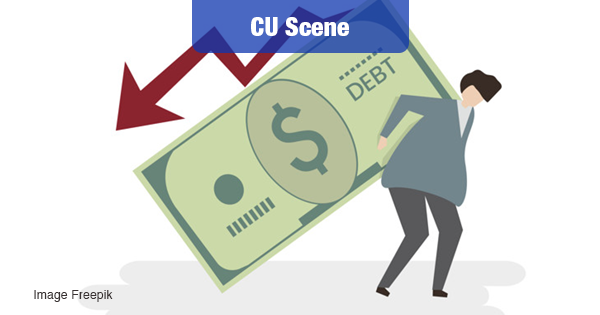 1 in 3 Americans Think They Will Never Be Debt Free, Survey Finds

In a new survey, nearly a third of Americans expressed concern that they will not be able to pay off debt in their lifetime, according to GOBankingRates. Perhaps it’s time to visit your credit union.

Forty-four percent of Americans said that low income is the No. 1 reason for their ongoing struggle with debt. Respondents also reported that high costs of living and the cost of tuition contributed to their debt burden.

To find out more about Americans’ struggles with debt, GOBankingRates polled more than 5,000 adults.

Overall Debt by Age and Gender

Household debt continues to rise in the U.S. and is at an all-time high of $13.29 trillion, according to the Federal Reserve Bank of New York. Categories of debt such as mortgage, home equity line of credit, student loans, auto loans, credit card and total debt have increased by almost a trillion dollars or more since 2017.

The biggest contributor to the rise in household debt is growing mortgage debt, which has reached $9 trillion this year. However, experts say mortgage debt is good debt –higher mortgage debt means less Americans are paying high rents without earning equity.

41 percent of respondents reported that they would save more for retirement if they could eliminate or reduce debt.

For more information on methodology or to view the full survey results, visit: https://www.gobankingrates.com/net-worth/debt/how-much-debt-does-the-average-american-have/

If you want to avoid debt traps and high interest obligations, go see your credit union. Your CU can help you consolidate high interest revolving debt balances into a lower-interest, single loan. Your CU can also help you with a savings plan, and establishing a budget that will allow you to pay down debt over time.