Mother’s Day: When Did It Begin? 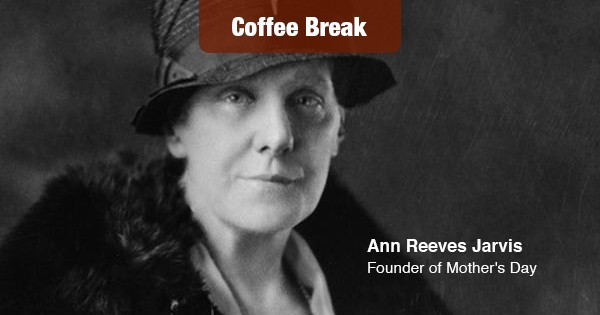 With Mother’s Day coming right up on May 10, it’s worth delving into the origins of this celebration. Would you believe that the idea came from a woman?

It was the brainchild of Anna Jarvis, who started the tradition as a memorial for her mother. Anna promoted the idea so well, that Mother’s Day celebrations soon spread to other states.

In 1914, President Woodrow Wilson, (whose other projects included WWI, The League of Nations and the Fed), made Mother’s Day a national day of celebration in 1914.

While Anna Jarvis was happy that her Mother’s Day had become a national day, she was less thrilled with the rampant commercialization that grew around the special day.

She saw companies profiting from Mother’s Day, and didn’t like this one bit.

In fact, Jarvis cared so much so much about Mother’s Day, she had trademarked the phrases “second Sunday in May” and “Mother’s Day”, and created the Mother’s Day International Association.

So, if you want to be true to Jarvis’ vision, try to make Mother’s Day more about expressing sentiment, and less about perfunctory gift-giving. Not that there’s anything wrong with giving a Mother’s Day gift, so long as it comes from the heart.