A Nation of Million Dollar Cities 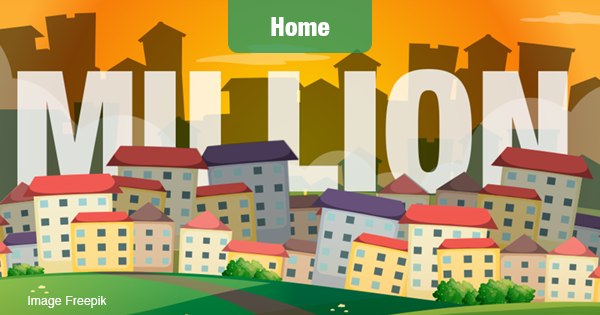 Housing is already unaffordable for many Americans, and it’s going to get worse.

According to a new report from online real estate company Zillow, there are currently 197 cities in the U.S. with a median home value of $1 million or more.

Amazingly 33 of those cities broke the $1 million threshold in just the past year.

Over the next year, 23 more cities across the U.S. will make Zillow’s “$1 Million City List,” defined as a city with a median home value of $1 million or more.

While home values in the U.S. are expected to rise 6.6 percent over the next year, some hot markets, especially in California, are expected to have home-value appreciation in the double digits.

Pricey cities aren’t the only places experiencing rapid home-value growth — home values are rising across the country, with the median home value in the U.S. higher than ever before. Over the past year, U.S. home values rose over 8 percent to $217,300.

According to the most recent Zillow Housing Aspirations Reporti, more than 70 percent of renters say they often think about owning a home, but 66 percent of them cite saving for a down payment as one of the key impediments holding them back.

The Los Angeles metro is expected to gain five new $1 million cities in the next year, and the New York metro will gain three. Boston, Seattle and San Jose will each have two cities that will appreciate to a median home value of $1 million or more in the next year.

Consider that median household incomes in many of these cities is still shy of $60,000 per year. Historically, homes in a given zip code are affordable when they cost 4-6 times median income for that location.

Doing that math in places like Los Angeles or Boston quickly shows why many expert say we’re facing a housing affordability crisis across the U.S.