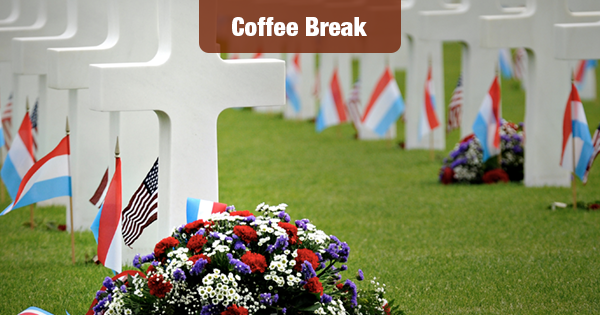 Memorial Day is a holiday that pulls the country in two directions, emotionally. On the one hand it’s the happy start of summer; on the other lies the true purpose of the day: to remember those Americans who made the ultimate sacrifice in the defense of the nation.

The holiday was originally called Decoration Day, and was officially proclaimed in 1868 to honor Union and Confederate soldiers. This was expanded after World War I to honor those who died in all wars.

More than 1 million American men and women have died in military service since the Civil War.

During the Civil War around 3.3 million Americans served, and more than 500,000 lost their lives.

A greater number, 4.7 million, served in World War I, with 116,516 making the ultimate sacrifice.

More than sixteen million of Greatest Generation served in WWII, with 405,399 losing their lives in the process.

So, how do we reconcile the happy and somber aspects of Memorial Day? One way of looking at it is that, yes, it is a happy, free time of the year in America. Yet it was only made and kept free by the sacrifices of the millions of Americans who served, and who serve today. Be happy, but thankful.