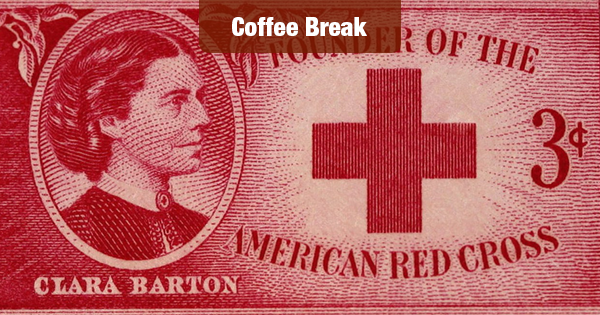 A severe storm ravaged the Northeast late last week, reminding us that February doesn’t always leave like a lamb, and winter weather can continue into March. Perhaps it’s therefore appropriate that March will be American Red Cross Month.

The American Red Cross (ARC), also known as the American National Red Cross, is a humanitarian organization that provides emergency assistance, disaster relief and education in the United States.

Barton became President of the American branch of the society, known as the American National Red Cross in May 1881 in Washington.

The first chapters opened in upstate New York, where she had connections. Ultimately, John D. Rockefeller, Lars Kovala and three others donated money to help create a national headquarters near the White House.

As Register of Deeds for the District of Columbia, Douglass also signed the original Articles of Incorporation for the American Red Cross.

Today, ARC is a nationwide network of more than 650 chapters and 36 blood service regions.

ARC is the largest supplier of blood and blood products to more than 3,000 hospitals and assists victims of international disasters and conflicts worldwide.

In 2006 the organization had over $6 billion in total revenues. Revenue from blood and blood products alone was over $2 billion.