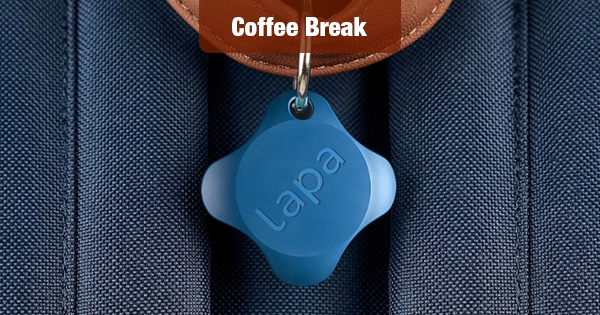 A crowdfunded device that uses Bluetooth technology to create an “object finder” has come out in a new and improved version. It could provide an inexpensive means of keeping track of your pets.

The device is called Lapa 2, and it’s built by Lapa Studios – who crowdfunded the effort and have raised over $150k.

Two years in development, the Lapa 2 has been ruggedized to meet the needs of people with active pets. As you can see, it’s a small module that would attach to the collar of a pet. The company says that this new version features:

A new SafetyMode, optimized for kids and pets, that promptly alerts users if Lapa moves away

* Waterproof, submersible up to 3 meters

* A dedicated “Call your phone” button

* A “contact owner” feature, that calls users attention to lost Lapas so they can be directly returned to their owners

* New accessories for children and pets

It’s a neat idea – especially if enough people add the app to their phones that a good degree of neighborhood, town or city coverage is achieved.

That way, if your pet wanders off the Lapa 2 device will contact some kind person’s mobile device. That person could then alert you as to your pet’s whereabouts.

The Lapa App is free and available on Apple Store and Google Play Store. More information and pictures can be found HERE.