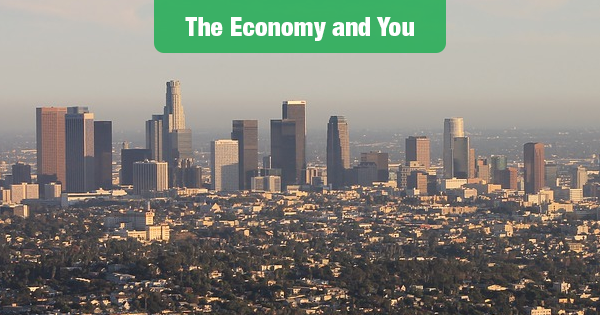 We don’t usually think of Los Angeles as the city of personal fiscal responsibility. But a new study finds that it is.

CreditCards.com recently tallied the average credit score in each of the 25 largest U.S. metropolitan areas. They measured this against an “expected” credit score based on local income, age, unemployment and education data.

The city called “La La Land” by many came out on top.

Los Angelenos have an average credit score of 664, which was 16 points better than expected considering that the metro area has the lowest percentage of high school graduates (79%) and a median household income that ranks 12th among the 25 largest U.S. metropolitan areas.

In other words, Los Angeles over-performs expectations. This is seen as being the result of superior financial management.

The #2 Metro, Minneapolis/St. Paul, was expected to do well. And it did.

Minneapolis/St. Paul placed second for a very different reason. That metro area has the highest average credit score in the nation.

The Twin Cities benefit from several economic advantages, including above-average income and education and a low unemployment rate.

CreditCards.com said that area residents are making the most of those advantages; their average credit score is 15 points better than anticipated.

Baltimore, on the other hand…

Baltimore and its neighbor Washington, D.C. occupy the worst positions on the list.

Both of these metro areas underperform on average credit scores despite having very high median incomes and above-average educational attainment.

For instance, Baltimore’s average credit score is 17 points poorer than expected and D.C.’s is 14 points lower, according to CreditCards.com.

Rounding out the bottom five are the Tampa, Miami and Atlanta metro areas.

This is an interesting way of looking at the issue of personal financial management.