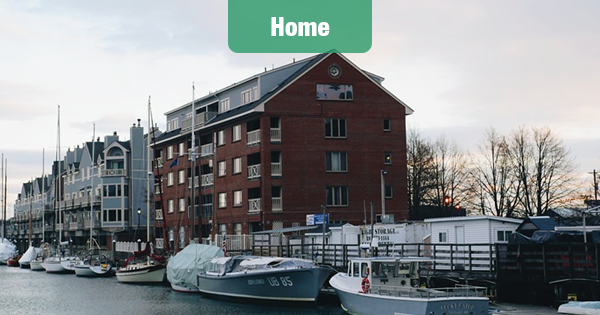 Forty-one straight months of inventory declines and housing price gains are prompting buyers to expand their home search beyond their immediate metro markets to under the radar secondary markets, according to a new report from online real estate website realtor.com.

Data shows demand for these markets is being driven by relative affordability, inventory, and strong job markets.

Areas were ranked based on their ratio of inbound to outbound searches, a comparison of people looking in and out of the metro.

“Buyers have traditionally sought refuge in the suburbs during times of high home prices,” said Javier Vivas, director of economic research at realtor.com. “But with today’s record highs even the suburbs have gotten pricey, which has demand flooding outward as options disappear and prices move further out of reach in top job hubs.”

Generally, those searching in the top 10 are located in the same state or region, but in a far more expensive housing market and likely looking for some price relief.

“The markets on this list offer affordable housing options and a chance to move up for those who are willing to change jobs or take on longer commutes,” added Vivas.

One of the largest factors driving people to these markets is inventory availability. Approximately 1.3 percent of all the homes in these areas are available for sale, compared to 0.9 percent of homes in the top 100 largest U.S. metros.

When compared to the markets driving demand to these areas, the difference is even greater.

The majority of the areas on the list also have strong job markets. In fact, the average unemployment rate in the top 10 is 3.9 percent, compared to the national rate of 4.1 percent. Portland and Boise offer the lowest unemployment rates of 2.7 percent and 2.8 percent, respectively.

Additionally, average projected employment growth this year is 1.8 percent in the top 10, compared to 1.3 percent for the entire list of metros analyzed. Their projected job growth also beat the metros from where they received inbound demand, which averaged 1.3 percent.

Spokane, Wash. – Located on the eastern edge of Washington, Spokane boasts of tons lakes and parks for those who love to be outdoors, as well as a burgeoning wine scene. Northtown is a popular neighborhood for new and established families because of the quality schools and a strong sense of community in the area.

Hutton Elementary and Mead High School are two of the area’s top performing schools, earning a score of 9 and 8, respectively on Great Schools. Spokane is also home to Gonzaga University, a private Roman Catholic university that is a large employer in the area. In addition to Gonzaga, Providence Sacred Heart Medical Center & Children’s Hospital employs over 5,000 people.

Portland, Maine – Portland sits on a peninsula of Casco Bay and is home to areas like Old Port, which is filled with hip bars, boutique shopping, and coffee shops galore. The family-friendly inland area, such as the town of West End, features grand Victorian homes and a strong sense of community. Many people move to this area to escape the hustle and bustle of the city and to cut down their commute. In addition to the many boutique bars, restaurants, and stores that Portlandhas to offer, major employers include: TD Bank North, the Maine Medical Center, and Unum Life Insurance.

Key market statistics – Portland has a median list price of $340,000 with a median income of $68,000. It is expected to have flat job growth this year.

Knoxville, Tenn. – Knoxville is popular with a lot of young families because of its relatively low cost of living and high quality of life. The neighborhood of Shady Grove, located southeast of Knoxville, is highly sought after because of its strong school system and close community.

L&N Stem Academy and Farragut High School are two of the area’s top performing schools, each earning a score of 10 on Great Schools. While Knoxville isn’t as well known for entertainment as Nashville, it is home to AC Entertainment, which founded Bonnaroo and High Water Music Festival, and organizes more than 1,000 concerts a year nationally.

Deltona-Daytona Beach, Fla. – The sunshine draws lots of snowbirds from the north down to Deltona-Daytona Beach to escape cold winters. It appeals to all generations as the area sees both new and established families moving to the area, as well as a generous amount of retirees. Located south of Dayton is Deltona, formerly known as Deltona Lakes, because of its location on the north shore of Lake Monroe.

Deltona serves as a commuter city between Daytona and Orlando where many of its residents work. Daytona is a mecca for race enthusiast with the Daytona International Speedway and NASCAR rounding out some of the area’s largest employers.

Boise, Idaho – Boise features a high quality of life with easy access to outdoor activities, which have made it perfect for those who want to live near a city, but still enjoy the outdoors. The North End is a popular area of Boise known for its historic housing and tree-lined streets. St. Luke’s Medical Center, Micron Technology and the West Ada School District round out the area’s top employers.

Jacksonville, Fla. – Jacksonville is a destination for many northerners and south Floridians. Homes ranging from entry level to luxury are all flying off-market, with Atlantic Beach being a supremely popular neighborhood.

A top-tier school system, including Bartram Springs Elementary, James Weldon Johnson College Preparatory, and Jacksonville Beach Elementary, which all scored 10s on Great Schools, as well as a strong sense of community make this a very family oriented area. The Jacksonville Naval Station and the Duval Public Schools are the areas two largest employers.

Charleston, S.C. – Charleston S.C. is where laidback surf vibes meet southern hospitality. The neighborhood of Cannonborough is known for its historic homes, while Upper King boasts of new construction as well as nightlife and great restaurants.

The area is seeing lots of older families and professionals from colder states moving to the area. Charleston is also home to Joint Base Charleston, a military facility that sits partially in Charleston and partially in the nearby city of Goose Creek, is the area’s largest employer. In addition to the military facility, the Medical University of South Carolina is the area’s second largest employer.

North Port Sarasota-Bradenton, Fla. – Downtown Sarasota is going through a revitalization process which is drawing many young professionals to the area.

With neighborhoods like Gulf Gate, housing is affordable and the quality of life is high, making it great for both young families and retirees. Gulf Gates close proximity to downtown also makes it popular for those that enjoy the many boutique restaurants and bars the area has to offer. For baseball fans, North Port will become the official home of Spring Training for the Atlanta Braves, starting in 2019.

Sarasota Memorial Healthcare System is the area’s largest employer, but the area is also home to the Tervis headquarters, which is known for its insulated drinkware. In Bradenton you can find the headquarters for Champs Sports, a nationwide sports apparel company.

Bakersfield, Calif. – Affordable homes, relative to the rest of California, make Bakersfield, especially the North West area, popular with people in every stage of life.

Chattanooga, Tenn. – Chattanooga hosts a vibrant nightlife scene, with plenty of bars and restaurants, as well as easy access to the mountains and lakes for those who enjoy spending time outdoors. East Brainerd, located just 20 minutes from downtown, is popular with young couples and new families, while Hixson boasts higher-end real estate market great for established professionals and families.

Volkswagen recently completed a $1 billion production facility in Chattanooga that serves as its North American manufacturing headquarters, and they just announced an additional investment of $600 million and 2,000 new jobs to produce their SUV line.

Methodology: The top 10 markets to watch list is ranked based on metros with the highest ratio of inbound searches compared to outbound searches on realtor.com. This cross-market demand data functions as an early alert system, capturing home search activity early in buying cycle and acts as a good predictor of eventual sales activity.