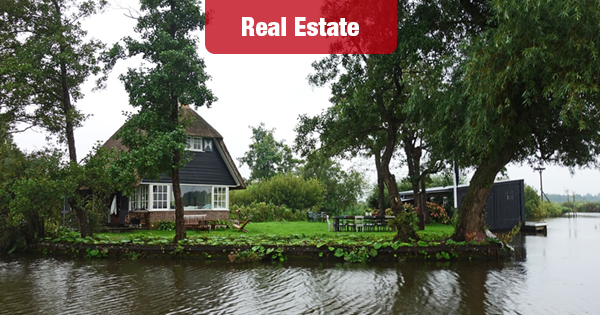 The premium for living on the water isn’t as high it used to be. Homes along the water sold for a 36 percent premium in the first quarter of 2018, according to a new analysis from online real estate company Zillow.

Zillow said the extra cost for waterfront living is at its lowest level since the second quarter of 2002, and below the average premium since 1996 of 41 percent.

Across the country, waterfront homes tend to have higher prices than similar homes in the same area, but the gap has closed over the past several years. The typical U.S. home has more than recovered from the recession, but waterfront homes have not.

Zillow defines waterfront homes as those where the homeowner can get to the water’s edge, whether it is a lake, river, or ocean, without leaving their property.

This analysis compares sale prices for waterfront homes with homes in the same metro that have similar physical features, but do not have waterfront access.

“Buyers are willing to pay extra for features that add a unique benefit to a home, and being right on the water’s edge is one of them,” said Zillow Senior Economist Aaron Terrazas.

Terrazas continued, “These homes are relatively rare, making up only a small portion of the housing market, and that scarcity keeps prices high. With inventory as low as it is, buyers are spending more just to get into the market, which has narrowed the gap somewhat between waterfront homes and inland homes. Still, having waterfront access is incredibly appealing for many buyers, and even as environmental risk factors like rising sea levels and storm surges gain more attention and make some buyers more cautious in the homes they consider, the premium for waterfront homes is likely to endure.”

The old saying in real estate was, “you can’t go wrong with waterfront”. Maybe this is still true – so long as you don’t pay too much.