Las Vegas is the Most Popular Destination for Out-of-Town Home Shoppers, According to Zillow Searches 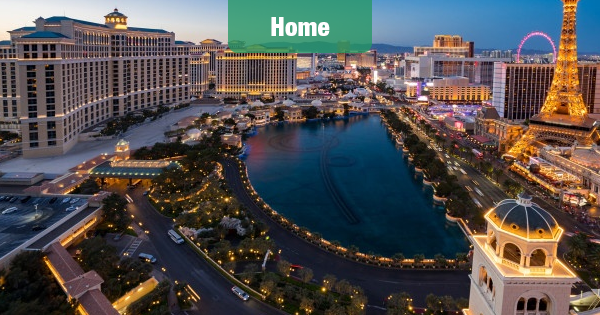 Las Vegas is the most popular U.S. destination for non-local home shoppers, Minneapolitans don’t want to move out of the area — and hardly anybody else wants to move in — and Texans seem to mostly love living in Texas.

These are just a few of the takeaways from a new analysis by online real estate company Zillow, of search data in the largest U.S. markets that provides a glimpse of where Americans aspire to find their next home.

Las Vegas gets the biggest share of Zillow traffic from outside of its metro area of any of the 50 largest U.S. metros, due mainly to heavy interest from Los Angeles.

Nearly 61% of page views of Las Vegas homes come from non-local searchers, with 17.9% coming from Los Angeles/Orange County — the highest share from a non-neighboring metro anywhere in the country.

When you also account for the 2.8% of views coming from Riverside, that’s more than a fifth of all Las Vegas home searches coming from the broader Los Angeles area.

The other large metros with a majority of searches coming from outside are Jacksonville, San Antonio, Riverside, Raleigh and New Orleans.

As an affordability ceiling has been reached in the most expensive areas of the country, search habits seem to suggest locals in these areas are at least considering a move to less-expensive pastures.

In addition to Las Vegas, a relatively high share of searches by Los Angeles residents were on homes in Phoenix (2.6%) and San Diego (2.5%). Meanwhile, Sacramento is being looked at by residents of the Bay Area, taking up 6.5% of searches from San Francisco and 5.1% from San Jose.

New Yorkers are viewing places up and down the Eastern Seaboard from Philadelphia (2.3% of New York searches), all the way down to Miami (2%).

When looking at places where the largest share of searches come from locals, it makes sense that the biggest metros top the list — they by definition have more potential searchers.

However, the Minneapolis-St. Paul metro beats the odds to rank third in the country despite having the 16th-biggest population.

Just 24.1% of searches on Twin Cities homes come from outside of the area, indicating that residents want to stick around and few others want to join them.

On the other side of the coin are metros where locals are looking at homes anywhere but in their hometown.

Topping that list with just 30.1% of residents’ searches being done on local homes, perhaps surprisingly, is Nashville, one of the fastest-growing cities of the past few years.

This could show that residents are looking elsewhere after the rapid price increases during the population boom, or simply mean that Nashvillians are more curious about out-of-town real estate than the average American.

Texans may disagree on sports allegiances and where you can find the best barbecue, but it appears they typically agree that if they do move, they want it to be elsewhere in the state. Outside searches from three of the four largest metros in Texas — Houston, San Antonio and Austin — are most often on homes in other Texas metros.

But residents in Dallas-Fort Worth may be yearning to make their way out of the Lone Star State — their most popular destinations are Oklahoma City and Tulsa.