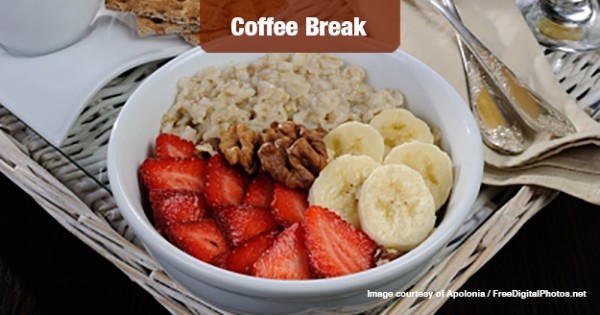 January is officially Oatmeal Month, according to the U.S. Census Bureau. That means that we’ve had four long weeks to celebrate the long and rich, (OK, bland) history of this healthy breakfast food.

Oatmeal, or porridge, has a history dating back centuries. It’s long been something of a national food in Scotland, where oats became the staple grain due to their being well-suited to that country’s short, wet growing season.

The dish we know as Oatmeal is a porridge made from “ground oat groats.” Oat groats are the seeds inside the oat husk. They are obtained through a process that involves beating, heating and cooling the oat grains. The oat groats are milled to produce fine, medium or coarse oatmeal.

We then add water, marvel at the oaty taste – then move quickly to add some type of flavoring to the porridge. With the advent of microwave ovens, oatmeal became a truly modern meal. It is fast, healthy and simple.

Oatmeal’s soluble fiber content makes it a truly modern health food as well. A bowl of oatmeal a day can measurably lower blood cholesterol, for instance. You get heart-healthy beta-glucan from oatmeal, and a good dose of vitamin B as well.

According to Census, oats are greatly utilized by America’s 63 breakfast-food production firms. This industry employs around 11,500 people, with annual sales of nearly $10.5 billion.

Yes, our oats are big business. We export tons of the stuff, in fact. Oatmeal brings health, wealth and jobs to our land. So, let’s celebrate Oatmeal Month, before it’s all gone.