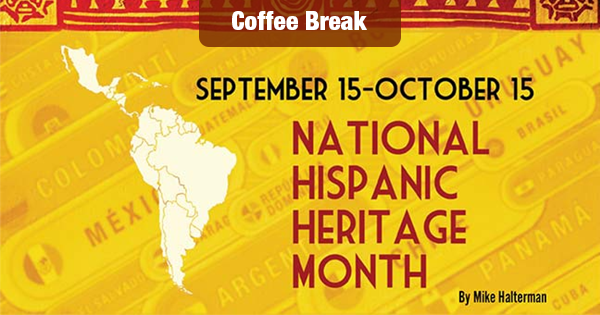 You see, when Congress first authorized President Lyndon B. Johnson to proclaim National Hispanic Heritage Week in 1968, it specified that the special week include both September 15th and 16th.

September 15 is the starting point for the celebration because it is the anniversary of independence of five Latin American countries: Costa Rica, El Salvador, Guatemala, Honduras and Nicaragua. In addition, Mexico and Chile celebrate their independence days on Sept. 16 and Sept. 18, respectively.

In 1989, when Congress expanded the celebration to cover a full month, they designated that it begin on September 15.

It makes sense to kick off the celebration on the anniversary of independence of five important Latin American countries – places from which so many people in the U.S. trace their heritage.

So, we are having a celebratory month that takes place in two different months.