IT Glitches Are Productivity Killers 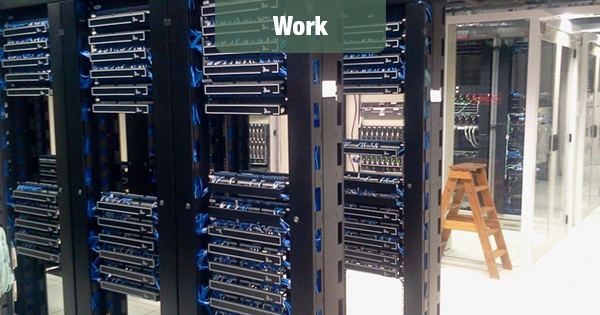 For decades, the advancing march of information technology drove a productivity revolution in advanced economies like the U.S.

This was no small thing, since advanced economies were increasingly feeling the heat of competition from low-wage developing economies.

Productivity Gains Kept the U.S. in the Game

Throughout the eighties, the nineties and much of the 2000s, double-digit gains in productivity were a boon to companies, (and workers) in an increasingly globalized economy.

Then, around 2007, the productivity gains slowed dramatically.

After Decades of Advances, Productivity Hits a Wall

It’s been widely acknowledged that those dramatic gains in productivity were largely due to advances in information technology.

Whether it was PCs at the workplace, sophisticated computer aided design and manufacturing or the advent of the Internet – IT pushed productivity in all sorts of industries and job categories.

IT Also Has a Downside

As productivity gains have slowed, businesses have begun to focus more on the downside of the IT revolution.

One big, dramatic downside to IT is the vulnerability of the data and systems that we’ve come to rely on. The cost of this vulnerability has been shown recently with the frequency and severity of data breaches hitting a wide range of organizations – from governments to retailers to health insurers.

Another, more everyday downside to IT is its unreliability.

Recently a survey of U.S. office workers by staffing firm Robert Half Technology found that professionals waste 22 minutes each day, on average, dealing with IT-related issues.

This adds up to many hours of lost productivity each year.

“IT issues” can involve malicious attack or sabotage, but most often manifest as simple breakdowns. Think of hard-drives crashing, software “freezing,” software or hardware generally not functioning properly.

Is the cost-benefit ratio of the IT revolution shifting in favor of cost?

Perhaps the dramatic productivity gains from IT advances have slowed recently – though we’ll need to see some conclusive data to be sure.

What we all know from our daily personal and work lives, however, is that the cost of our IT has not declined. Our need for a greater number of ever-faster and more capable devices speaks to this reality.

We’re addicted to IT, and our pushers (Apple, Microsoft etc.) are not proving to be generous benefactors.