Is There a New Real Estate Bubble? 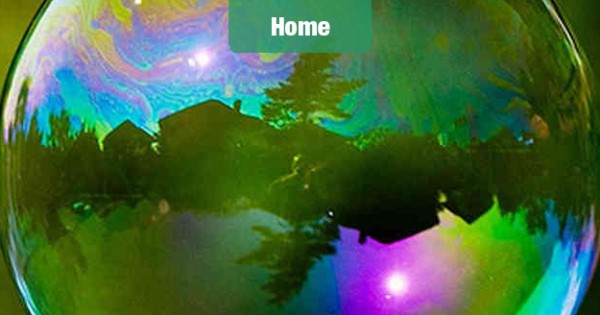 A recent survey of mortgage lenders found fears that a new real estate bubble may be inflating in various U.S. real estate markets. Given the untold economic destruction the last bubble caused, is it possible that we could be so careless again?

In the survey, 56% of respondents expressed concern that “an unsustainable real estate bubble is inflating,” FICO said. These professionals were directly involved in mortgage lending.

But what is a real estate bubble, and how do we know when one is dangerously inflating? Historically, the prices of homes are directly related to the wages made by the people expected to buy them. One classic formula used by economists who track these things is “3-to-4-times-income” – meaning that the median price of a home in a given market should be around three to four times the median annual family income in that market area.

Mortgage professionals usually get more specific, using a measure comparing disposable income to loan payments required. These pros look at the total amount of debt someone has taken on – including the mortgage being applied for – then look at the income that family has available to service this debt.

If someone has racked up a lot of auto and credit card debt, it would count against their total, and make it less likely they would be approved for a mortgage.

This more precise gauge of housing affordability would also take into account fluctuations in interest rates – which can seriously impact the monthly payment on a given mortgage.

In any case, there are “red lights” that signal when a market has become expensive by historical standards, or when consumers are spending more of their income paying off debt than is considered prudent.

Apparently, there are a lot of mortgage pros who feel we’ve now reached this danger zone.

According to FICO, 59% of bankers surveyed cited “high debt-to-income ratio” as their top concern when approving loans. Coming in second and third were “multiple recent applications for credit” (13%) and “low FICO Score” (10%).

Andrew Jennings, FICO’s chief analytics officer, called attention to the strange situation present in the U.S. in which home prices are soaring in major cities – and homeowner equity is at its highest level since late 2007 — while six million homeowners remain “underwater” on their mortgages (or owning more than their homes are worth).

“That doesn’t feel like a healthy, sustainable growth situation. No wonder many lenders in both Canada and the U.S. are concerned about the risk in residential mortgages,” Jennings said, describing the home loan environment as “bifurcated.”

While this survey sounds some alarms, we’ll still have to see some compelling new data on the current relationship between home prices and incomes before getting too freaked out.

There are certainly signs that some markets, (particularly in California), have become distinctly bubbly again, but it would be a surprise if the data revealed this to be a national phenomenon.

Still, the possibility that new real estate bubbles may be inflating should send shivers up the spine of every American. These mortgage professionals are on the front lines of real estate lending, so their concerns should be taken very seriously indeed.