Is It Hurricane Season Already? 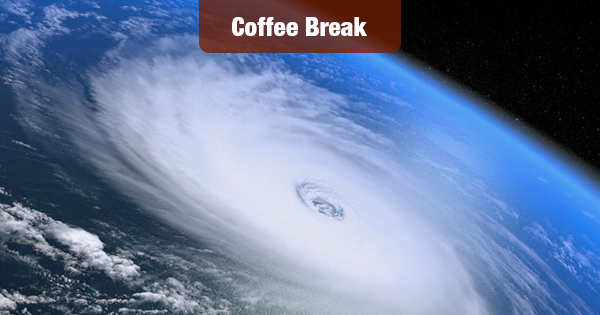 Americans living on the East Coast have learned to be wary of hurricane season, which began on June 1 and lasts through November 30. Some new data from the U.S. Census Bureau makes for interesting reading, and gives us reason to be extra cautious this year.

For one thing, we’re about due for a major hurricane (Category 3 or higher). The last one was Hurricane Wilma in October 2005 over Southwest Florida.

Everyone in the Northeast remembers Sandy in 2012, but (amazingly) Sandy was downgraded to Superstorm status by the time she hit the U.S. coast. She was a Category 3 storm when she hit Cuba, though, and became the largest Atlantic hurricane on record (by area) while off the coast of the U.S.

Sandy managed to cause an estimated $68 billion in damages in the U.S. alone, which made her second only to 2005’s Hurricane Katrina in terms of sheer destructiveness. She punched like a hurricane, but due to some technical reasons, (she lost her warm, tropical core before hitting the U.S.), was simply called a winter storm by meteorologists.

There were six hurricanes during the 2014 Atlantic hurricane season, but none of them hit the U.S. at hurricane strength.

That was a good thing, since are 129 coastline counties along the Atlantic, and 56 along Gulf of Mexico, that are considered most threatened by Atlantic hurricanes.

Coastal counties on the Atlantic (Maine to Florida) are home to 58,662,907 Americans. There are 84.2 million Americans in coastal counties stretching from North Carolina to Texas. Clearly, there’s a lot at risk.

This year, the first named Atlantic storm will be called Ana. Hurricane names rotate in a six-year cycle with the 2015 list being a repeat of the 2009 names.

Seventy eight Atlantic hurricane and tropical cyclone names have been officially retired by the World Meteorological Organization. This happens when a storm is so deadly and costly that re-use of its name would be considered inappropriate.

The last Atlantic storm name to be retired was Ingrid, in 2013. Before that, it was Sandy. She might not “officially” have been a hurricane, but she was so bad that we’ll never see another Atlantic storm called Sandy again.