Is Blue Paisley Really the Definitive Color of 2015? 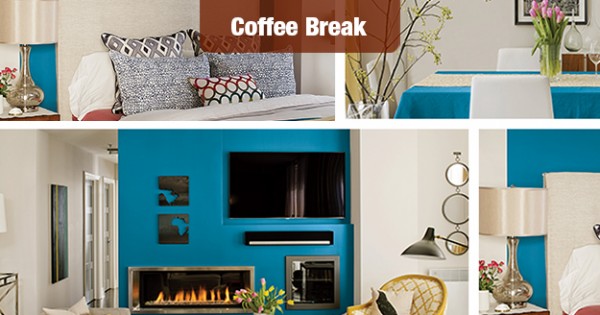 It looks like Blue Paisley has edged out Coral Reef, Guilford Green and Seared Gray to become the definitive color of 2015, according to designers and paint companies polled by house painting chain ProTect Painters.

The company said it asked more than 15,000 interior design experts what they thought was the definitive color of the New Year, and found that Blue Paisley was the one to roll.

Dee Schlotter of PPG Pittsburgh Paints describes his company’s Blue Paisley as, “…an almost-but-not-quite royal shade of blue,” and said that PPG was thrilled to learn the designers responding to the ProTect Painters survey had picked it.

So, what does this mean? Does Blue Paisley signal some kind of national trend, or zeitgeist or meme? Are we heading to into a Blue Paisley future?

Before we get too deep into our psychoanalysis of color trends, it must be noted that other colors picked by the experts bear little resemblance to Blue Paisley.

For instance, Coral Reef from Sherwin-Williams is properly described as an “upbeat and optimistic” shade that “celebrates a time for renewal.”

Benjamin Moore’s Guilford Green has a practical appeal, since “…it can be the hero or the highlight in any room,” — and signifies fresh energy and growth, according to the company.

Seared Gray from Behr is a nice shade, too. It’s neutral enough, but it’s not without its charms.

All of these companies mentioned have a lot of color on offer, so fear not if your taste runs far away from these choices. With the economy in recovery, we’re thinking that 2015 could well become the Year of Redecorating.