Americans Increased Impulse Spending by 18 Percent During the COVID-19 Pandemic, According to New Survey 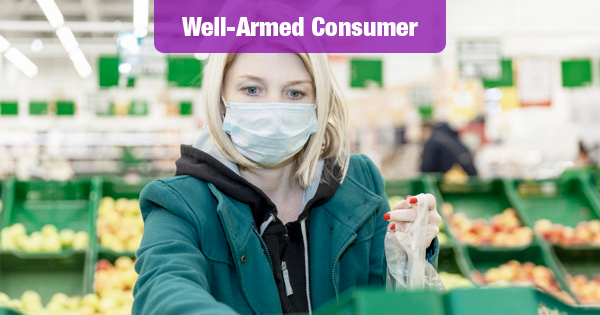 Crowdsourced shopping platform Slickdeals has commissioned a new survey of 2,000 Americans and found that the COVID-19 pandemic has consumers shopping more impulsively than prior to the pandemic.

In January of 2020, before the pandemic, the average American was found to spend $155.03 monthly on impulse buys. In a new poll in April, during the pandemic, that number jumped up 18 percent to $182.98. Both polls of 2,000 Americans were commissioned by Slickdeals and conducted by OnePoll.

According to the respondents, nearly three in four (72 percent) said that buying something impulsively during the pandemic has positively affected their mood.

The top item Americans have bought impulsively during the pandemic was found to be cleaning supplies, followed closely by hand sanitizer and toilet paper.

However, consumers also report impulsively buying other goods, with nearly one in four saying they’ve bought themselves a treat that they’ve had their eye on for a while.

Nearly one in five have impulsively purchased a new video game console, with 22 percent purchasing clothing and 18 percent spending on home improvement.

According to the results, more than half of Americans polled credit impulse buying with actually saving them money in the long run. When impulsively shopping, 52 percent of respondents said they typically take advantage of a deal rather than buying at retail price.

While the majority of impulse buys tend to be for oneself, getting things for their children was also a top response, with gifts for friends, and their partner scoring high marks as well. Nearly one in five say they impulse spend on their pet.

Since the pandemic began, 46 percent say they’ve ordered online groceries for the first time, with 47 percent trying a new streaming service and 35 percent being a first-time customer with a restaurant delivery app.

Nearly three in four (71 percent) say that they plan to continue the increased rate of online shopping even after the stay-at-home order is lifted for them.