How the Mafia Is Ruining Your Salad 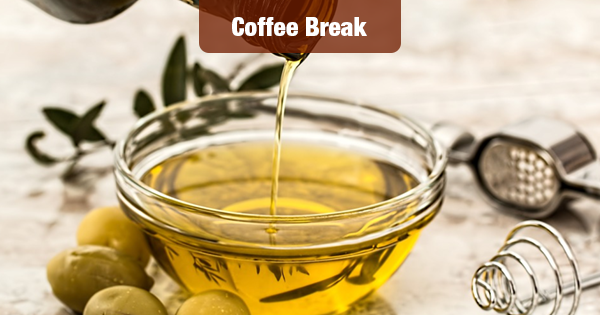 The media (at least some of it) is abuzz with a new “scandal” involving olive oil. Sources are divided on how big a deal this is, but we did find some tips for handling this delicious and healthy product.

This olive oil scandal came to the fore recently when CBS’ 60 Minutes ran an investigative story, reporting that the Italian olive oil business had been corrupted by the Mafia.

A shady group dubbed the “Agromafia,” is behind an estimated $16 billion annual trade in fake olive oil.

Mary Jo Dilonardo of the Mother Nature Network has been following the story, and filed on a report on January 8. She cites journalist Tom Mueller, who claims that, “…half the oil sold as extra-virgin in Italy and 75-80 percent of the oil sold in the U.S. doesn’t meet the legal grades for extra-virgin oil.”

Dilonardo points out that the olive oil scandal isn’t a new thing, having been reported ion in The New York Times and other publications in recent years.

Basically, the olive oil crooks use olive oil that has been cut with soybean oil or other cheap oils. Consumers get an oil that is “sort of” like olive oil, but one that doesn’t meet the strict standards for labeling the oil as such.

This type of “fake” oil isn’t that unlike the oils you can buy in the supermarket that are labeled as containing olive oil. Look closely, and you’ll often see that many “olive oil” salad dressings only contain some of the oil, with other, cheaper oils mixed in.

What 60 Minutes and others are claiming is that this type of mixed oil is being labeled as 100% virgin olive oil by unscrupulous characters, and pawned off on consumers as the real deal.

Dilonardo cites a bunch of legitimate research that finds that much of the oil we buy as “extra virgin” olive oil doesn’t actually meet the standard for extra virgin olive oil.

This doesn’t mean that it’s fake oil, however. In fact, a release last week from the North American Olive Oil Association claims that the association’s testing found that that over 98% of olive oil available in North American supermarkets is authentic olive oil.

Maybe the scandal isn’t so much about the authenticity of the oil as its quality. After all, there are strict standards governing the sourcing and treatment of different grades of olive oil, with the higher grades costing a lot more money than the lower ones.

Here’s how to keep your oil fresh:

One thing you can be sure of is that improper handling of olive oil can seriously degrade its flavor. So, NAOOA if offering these tips for keeping your olive oil in its best condition:

You may not be 100% sure of what you’re buying as “olive oil” these days, but you can be sure of how to handle it once you get it home.

Find out more HERE and at About Olive Oil.