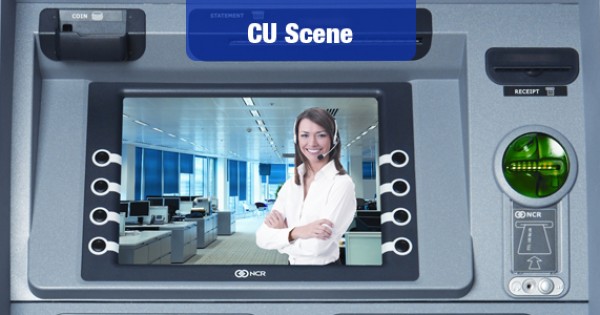 A Houston credit union said it is the first institution in Texas to roll out a new interactive ATM technology from NCR. According to both organizations this is the first ATM that not only allows users to talk to a teller at the CU branch, but also allows the teller to have control over the ATM.

It’s an exciting development for anyone who has ever had a problem while using an ATM. If you’re a typical bank customer, calling for help means getting on the phone with a customer service rep who is usually in another state – or country – and can’t really do much for you at any rate.

While many CU members can quickly get a hold of a familiar person at their branch in such situations, the CU personnel cannot directly control the ATM itself to help the member.

First Community Credit Union (FCCU) aims to change that with the NCR APTRA Interactive Teller. With this technology, CU members can not only contact a teller right from the ATM, they can work with the teller directly on the ATM. The CU teller can take control of the ATM and deliver hands-on service to the member.

“The interactive video technology from NCR helps us offer complete teller services in a smaller footprint along with new accounts and lending services,” said Trennel, who is vice president of marketing and business development at First Community.

Credit union members can look forward to a new world of convenience in the near future, since many CUs are rolling out new interactive and “connected” technologies in an effort to improve service and convenience for members. ATMs will soon have interactive video capabilities – allowing members to communicate face-to-face with tellers at their CU’s branches.  Other CUs, like Houston’s First Community, go even further by allowing the teller to actually do something about the problem the member is having at the ATM.

Soon, these ATM technologies will be fully integrated with mobile banking systems, as well as core banking systems at the credit union. Members will have enormous, flexible access to a full range of options for living their financial lives using CU-provided solutions matched with their own mobile devices and home computers.

For now there is only one financial institution in the Lone Star State using this new interactive ATM from NCR, and it’s a credit union.