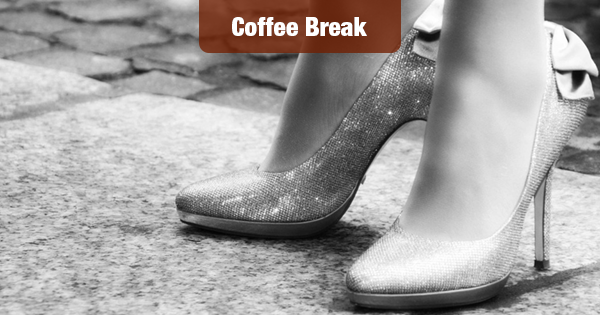 You can tell you’re in a fancy part of town when you see more women in high heels, a new study finds.

The study, from the Tepper School of Business at Carnegie Mellon, found that when American women relocate to wealthier cities, they adopt the fashion preferences of those around them.

The Tepper School called its study, “the first large-scale demonstration of what researchers describe as the tension between psychological conformity and consistency for women.”

Researchers studied 16,236 shoe purchases by 2,007 women across 180-plus U.S. cities throughout a five-year period.

They found that women’s heel height changed in accordance with the subjects’ relocation, whether they moved to a city whose median income was marginally or significantly higher than earnings in their original hometown.

However, the study showed that if women moved to a location with a median income lower than the subjects’ previous residence, the women generally kept the preferences of their previous location, choosing not to alter their heels.

Associate professor of marketing Jeff Galak and his co-authors reveal that Americans on the move generally adopt higher-status fashion trends to a far greater extent than lower status.

When it comes to shoes, this proves to be an interesting form of social climbing.