Here Are the Best Cars for a Road Trip 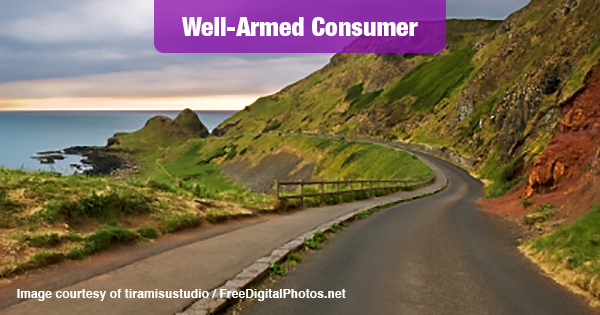 Summer is the season of the Great American Road Trip, so it’s fitting that the experts at Kelley Blue Book have put together a list of the 10 Best Road Trip Cars Of 2015.

KBB’s list is pretty eclectic, including a sports car, a pickup truck, an electric car and a large SUV, among others. This is fine, since we all have different road trip priorities. Take a look at this list, and feel the inspiration:

Who wouldn’t want to travel in style, swaddled in a gorgeous English leather behind a fire-breathing, 495-horsepower supercharged V8? While other cars will give you the Jag’s performance, few can match it for luxury and style.

The GLA is a small crossover Mercedes that combines performance with a decent level of utility. It even has a hatchback. KBB calls it, “…a pure blast to drive” and has high praise for the car’s interior.

You’ll never mistake the Suburban for a crossover, or a “cute ute” or anything other than a full size SUV. There’s almost nothing its voluminous innards can’t swallow, and few motorized toys it can’t tow. Buy one in black, and people might almost mistake you for a Secret Service agent.

It might be a 10-year old iteration of a 25 year old model, but the 2015 MX-5 Miata is still a blast to drive. In a world of ever-porkier “sports cars” this little gem maintains its svelte form, and harkens back to the days when MGs and Triumphs ruled the twisties. 2015 is the last year of the third-generation MX-5, so get one before they’re gone.

KBB says that the A5, while not the fastest or best handling sports sedan, is nonetheless the one you want to spend the most time in. If you’ve ever done a road trip in one of the larger Audis, you know what they mean: these cars have a certain…something. They’re firm, but not harsh. Crisp, and confidence inspiring. An Audi is decently entertaining to drive, but it doesn’t wear you out.

The 300 is a full-size, rear wheel drive American car, so it’s something of a rarity these days. The latest model is the best yet, with its 8-speed automatic and powerful engine options. This car eats up interstate like nothing else, and does nicely in the curves, too. Stretch out, and enjoy the ride.

The mid-engine Cayman is the Porsche for people who remember the joys (and lighter weight) of the old air-cooled 911s and 912s. Those who don’t remember such things will still love to drive this car. Talk about outstanding handling, ja?

There’s a reason why the F-Series Ford pickups have been among the best selling American vehicles for decades. This is the quintessential American pickup, and the latest models are downright plush. It’s a great option for those who bring a lot of gear on a road trip, and don’t mind living large.

KBB cautions that this might not be the car for long trips, since electric charging stations are few and far between in many places. However, the Tesla Model S makes the list due to its unique, future-is-now qualities. It’s fast, smooth and utterly silent.

The Corvette should be on everyone’s “ultimate road trip” wish list. There’s nothing more American on the road, and few vehicles can match the ‘Vette’s speed and handling.

That’s it for the KBB’s 10 Best Road Trip Cars Of 2015. We like their list, but still find that something is missing. Hmmm, what would it be? Oh, yes, a Jeep! For those of us who think of road trips as exercises in finding great places to get off the road, you just can’t beat a Jeep Wrangler.