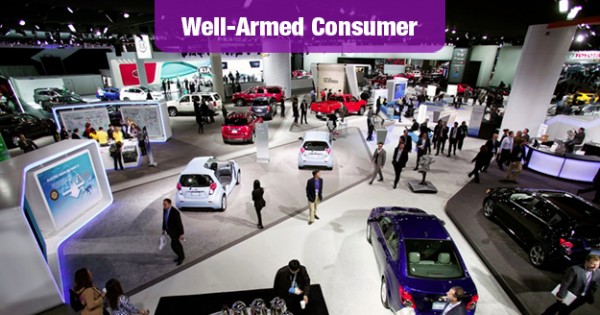 In his write-up on the show, Muzio noted that Hyundai’s Santa Cruz crossover truck concept generated some excitement, (and perhaps some concern, this being Detroit). The Korean carmaker’s stylish crossover is supposed to appeal to younger buyers who crave utility – but not at the expense of good looks.

Toyota unveiled its all-new take on the venerable Tacoma compact pickup. While the Tacoma is sold by a Japanese carmaker, the company said that most of the development was handled by the team at the Toyota Technical Center in Ann Arbor, Michigan.

The company’s Lexus division showed off its new GS F performance sedan in Detroit. This is the latest addition to the company’s “F” line, and boasts a 5.0-liter, 467 H.P. V8 under the hood.

Those are some of the highlights from Asia, and you can find Muzio’s musings online at kbb.com. Next week, we’ll see what the home brought to Detroit’s Cobo Center this year.