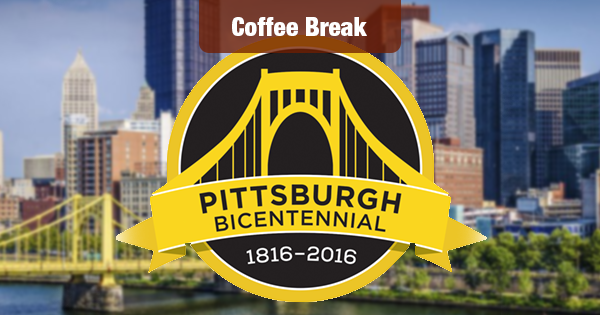 Pittsburgh is turning 200 this year, and it’s time this city got the respect it deserves.

Sure, it might be Pennsylvania’s second-largest city. And sure, it doesn’t have quite the historical gravitas of Philadelphia. But Pittsburgh has nonetheless brought a lot of great things to the country.

Take radio and TV: Pittsburgh was home to both the first commercial radio station (1920), and the first true public TV station (1954).

Pittsburgh may historically have been a steel town, but it was also home to the very first all-aluminum building. The former Alcoa Building was built in 1953.

The city of three rivers also has an impressive 445 bridges – more than Venice, Italy or New York City has.

Many think of Pittsburgh as a rough-and-ready kind of place, but the city has a distinctly nerdy side as well.

For instance, the emoticon was invented here, at the world-class Carnegie Mellon University. The guy who gave us :0 and 😉 was computer scientist Scott Fahlman. He is also known as the leader of Common Lisp.

Carnegie Mellon also had the first Robotics Center, which was switched on in 1979.

Want more? Well, a scientist working at the University of Pittsburgh gave the world the cure for polio. His name was Dr. Jonas Salk.

Pittsburgh is a very impressive city.