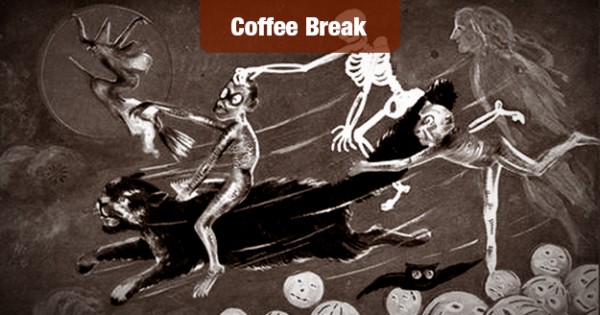 Call it Halloween, Hallowe’en, “All Hallows’ Evening,” Allhalloween or All Saints’ Eve. This strange and festive day has gone by many names over the centuries during its history. We checked with the experts to find out more about that history.

History.com tells us that Halloween derives from the Celtic festival of Samhain – a day when the ancient Druids (Celtic priests) believed that the ghosts of the dead returned to earth. To mark the day, Druids would gather to burn crops and animals in a sacred bonfire, as sacrifices to their deities.

The idea of this Druidic ritual was not to summon the dead, but rather to keep the returned spirits of the dead from wreaking havoc on crops and livestock.

Later, All Martyrs Day was established in 609 A.D. by Pope Boniface IV. This was later expanded to include all saints as well as all martyrs, and was celebrated on November 1. The Roman Catholic church subsequently designated November 2 as All Souls Day, which was a more general commemoration of the dead.

When Christianity made its way to Celtic lands, All Souls Day brought back associations with Samhain, which had originally been celebrated on October 31. Among the Celts, the lines between All Saints Day and Samhain became a bit blurry, and the day was eventually referred to as All-hallows Eve, then Halloween.

So, how did we get from lofty religious rites to plastic masks and trick-or-treating in 1,000 years time?

Halloween wasn’t universally adopted in Colonial America, since the Protestants of colonial New England held the once-pagan holiday in deep suspicion. However, the citizens of Maryland and the southern colonies were more accepting, and Halloween gained a foothold.

Early American Halloweens were times of “play parties,” and celebrating the harvest. People would gather and share stories of the dead, and there was dancing and singing.

Things really got rolling in the second half of the nineteenth century, when waves of immigrants – particularly those from Ireland – brought new interest and energy to the celebration of Halloween. It was at this time that Americans started to dress up in costumes, and go around knocking on doors asking for food or money.

While trick-or-treating has survived as a Halloween tradition, others haven’t. One former Halloween practice involved young women doing tricks with yarn, apple parings or mirrors in order to divine the name or appearance of their future husbands.

Perhaps some Halloween practices are best left to history.