Government Economists Have Given You a Raise 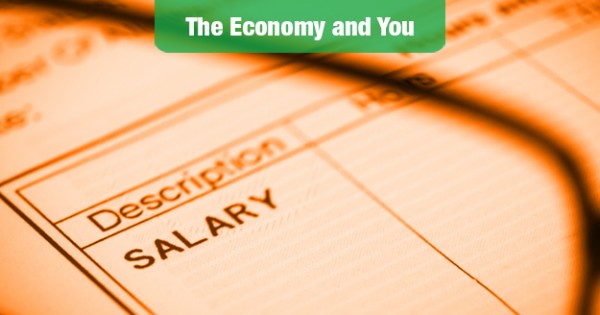 Wages are up for American workers, according to a new analysis from the government. At least, we think that’s what they’re saying.

The latest report on real wages from the government’s Bureau of Labor Statistics shows that real average hourly earnings for all employees rose 1.2% from December to January, on seasonally adjusted basis.

That’s a decent number, but what does it mean?

This is good, since it means that we all have more disposable income, right?

Maybe; maybe not. If you’re not feeling like you got a raise, it could have something to do with the way the government gets “real.”

Basically, the BLS is contrasting the nominal rise in wages against the Consumer Price Index (CPI). CPI is a standard measure of inflation, and it’s used to analyze the cost of living.

The CPI is based on the prices of a “basket” of typical consumer items. Think of it like you would your basket of groceries at the supermarket. This measure of the price of goods and services that consumers use in their daily lives gives an idea of how prices are changing month-to-month.

According to BLS, the Consumer Price Index actually declined from December to January, by 0.7%. Life got less expensive, so any rise in nominal wages becomes a rise in real wages.

If you’re reading this and saying, “Nonsense!” – (or a word like “nonsense”) – consider the one big thing that actually did get a whole lot cheaper at the end of last year: oil.

The price of crude oil didn’t just decline, it plummeted – from around $110/barrel last July to less than $50 at year’s end. This not only affected the price we pay at the pump, it affected the price everyone pays at the pump – including the people who produce our food, and the ones who move goods around the world.

So, it isn’t at all far-fetched to believe that CPI dropped from one month to the next. However, we must see this as a temporary phenomenon. We’re certainly seeing a “wealth effect” from the lower gas prices we’ve been enjoying, but it’s not really the same thing as having higher wages in the long run.