Are You Giving More, Or Less, This Year? 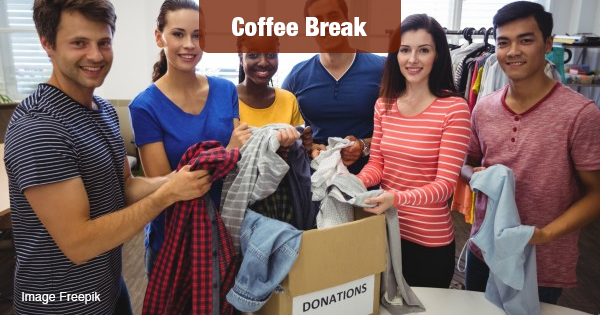 With only one week until Giving Tuesday, Classy, an online and mobile fundraising platform for nonprofits, has released the results of a nationwide survey evaluating Americans’ plans to give between now and the end of the year.

The survey, which was fielded earlier this month after the 2018 midterm elections, reveals that nearly half of consumers plan to donate more to nonprofits in 2018 than they did in 2017.

Additionally, despite the divisiveness evident in the recent midterm elections, nearly half of respondents have faith in their fellow citizens, believing Americans are becoming more generous in support of issues and causes.

In the wake of a series of major natural disasters across the United States and internationally, support for those impacted by disasters—as well as health-related causes—will be priorities for donors.

And while results of the midterm elections are not expected to heavily influence giving, recent high-profile events, such as the Pittsburgh synagogue shooting, plus awareness of the changing tax laws and potential write-offs, are expected to impact where and how much donors give.

Top findings from the Classy survey include:

Donors expect to give more, not less, than last year. After almost a full year since tax code changes went into effect (expected to cost nonprofits billions of dollars in donations), nearly half of consumers (49 percent) plan to donate more money to charity than they did in 2017. Only 10 percent say they’re planning to give less this year.

The “Election Effect” isn’t expected to impact charitable giving this holiday season. In a year of historic voter turnout, the majority of Americans say the outcome of the 2018 midterm elections will not affect their plans to donate money on Giving Tuesday or throughout the giving season.

Only one-third of consumers said that the election results will impact their plans to give. However, more Republicans than Democrats (44 percent vs. 32 percent) say that the outcome will affect their charitable giving this year.

Disaster relief, health causes, and current events all rank as top reasons to donate to charity in 2018. As devastating fires and hurricanes impact millions of Americans, disaster relief ranks highest among causes consumers are most likely to donate to this year, followed by health-related causes and environment/animal causes.

Fifty-four percent of respondents say they have already donated or plan to donate to Hurricane Michael and/or Florence domestic relief efforts, and 49 percent have donated or will donate to international disasters this year.

Changes to the tax code will likely not affect giving this year, but awareness of reduced tax benefits could impact donation amounts, especially among certain demographics. Even though only 10 percent of Americans say a tax write-off is their primary reason for giving, 42 percent say that they would definitely or probably donate less if they knew they were getting less of a tax incentive.

Among the respondents, Gen X was the most tax break-motivated, with 62 percent saying they’d give less if they knew they’d receive less of a tax break, compared to millennials at 42 percent, Baby Boomers at 10 percent, and the Silent Generation at 6 percent.

Also of note, men were more likely than women to say that a lower tax break would result in them donating less to charity (59 percent of men vs. 22 percent of women).

Among these respondents, men are more likely than women to believe Americans are increasingly generous (63 percent vs. 35 percent).

Find out more at classy.org