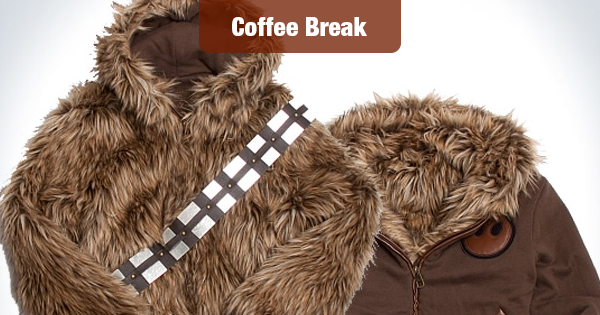 It’s not always easy buying gifts for a geek. You have to know obscure facts about obscure things – and geeks tend to be very precise when it comes to their cultural tropes. It’s easy to get it wrong.

So it’s a good thing that retailer StylinOnline.com has prepared the following gift guide for the geeks on your list, just in time for the holidays.

Here are the top geeky picks:

Every die-hard Star Wars fan will want this officially licensed Star Wars Chewbacca Han Solo Reversible Hoodie in their closet. This heavyweight hoodie features a reversible design that’s inspired by Han Solo on one side and his faithful Wookiee counterpart on the other.

Need a great gift for a Rick and Morty fan? Caaaaan do! This uber comfortable Mr. Meeseeks pajama set is perfect for cuddling up to watch the upcoming season of Rick and Morty.

Authentic to the Suicide Squad movie, this Harley Quinn t-shirt is sure to please the bad girl on your list.

Inspired by the movie Rogue One: A Star Wars Story, this warm and comfortable hooded sweatshirt doubles as a costume depicting a Death Trooper, elite members of the Galactic Empire’s Stormtrooper force.”

Who knew there were such great gift choices for geeks? (Well, geeks know, and now the rest of you do as well).