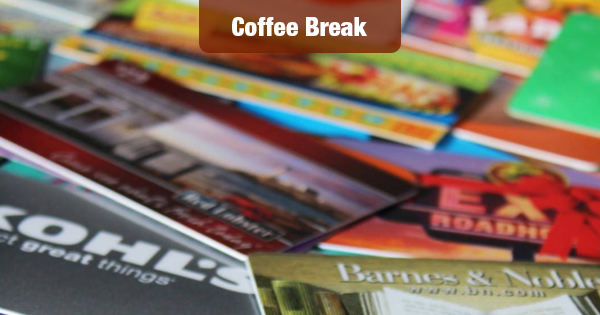 Gift cards may represent the ultimate in lazy gift-giving, yet their popularity grows every year. Will the old-fashioned value of putting thought into gifting ever make a comeback?

According to a new Bankrate report, half of consumers say they plan to give a gift card this holiday season, yet only 27% of Americans hope to receive them.

This suggests that we all run the risk of disappointing – or worse, offending – the people we give gifts to by choosing the gift card option.

“Younger millennials (age 18-25) are the most divided on their gift inclinations.  While 34% stated they would choose a gift card, more than any other age group, they were also the age group most likely to show a preference for a tangible gift (57%).

Just 9% of younger millennials didn’t express a preference between gift cards and tangible gifts, well below the 23% of other age groups who didn’t have a preference.

In fact, 66% of baby boomers who plan to buy gift cards this holiday season said it’s because they think a gift card will be the best gift for their recipient (54% of other age groups said that).”

Of course, there are those arguing in favor of gift-carding – not least of which are gift-card issuers, who continue to tout their popularity.

But ignore these self-interested industry shills for a moment. Are there genuine reasons why we should choose gift cards?

There are, if you take the research results at face value. While gift cards may offend some, they will be happily received by a rather large minority of people.

After all, the alternative option for many gift-receivers is to spend hours on line (or online), returning unwanted gifts.

Gift cards, (particularly the ones that are tantamount to giving/receiving cash), avoid this problem by offering the receiving party a choice of gift options.

Perhaps the best way of making the gift card/no gift card choice this year is to think really hard about the person you are gifting.

Do you have a close relationship with the recipient, (i.e., does this person know that you actually care about them, and aren’t buying them a generic “gift” out of rote obligation?).

If the answer is “yes”, and you are acting out of consideration rather than laziness, then maybe the gift card option is the right one.

If, on the other hand, you must painfully admit that you are choosing the gift card option because you really don’t know – or care much about – the recipient, then maybe you need to re-think your holiday gifting strategy.

In such cases, your gift-card gift may be the equivalent of saying, “I don’t really know or care about what you want in a gift.”

Put a little thought into whether you really want to give a thoughtless gift this year.