Get Creative with Your Thanksgiving Sides this Year 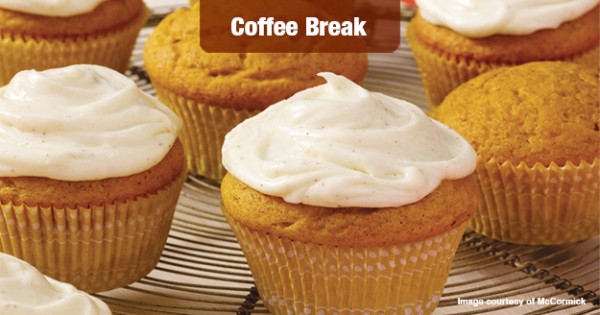 “Leave the Thanksgiving turkey alone, but give us some interesting sides and deserts” say the American people in a new survey from spice maker McCormick.

While the majority of survey respondents said they want a traditional turkey taste, around 40% of them want interesting side dishes, and 38% want the same kind of creativity shown with desserts.

But how can you be creative and different without freaking out your Thanksgiving guests? McCormick says they have the answer, and they’re offering the following “Classic Sides with a Twist”:

* Brussels Sprouts with Pecans and Ginger Honey Sauce – Instead of regular green beans or broccoli, serve Brussels sprouts with a delicious ginger-honey sauce and sprinkle with toasted pecans – they might be the biggest hit at the table.

Flavorful Desserts Prepared in New Ways – Of the Americans changing up dessert, 63 percent want to add new flavors and 29 percent are eager to switch up how it’s prepared. Put together a menu that features an array of desserts and gives your guests a chance to sample it all:

Prepare Vanilla, Cocoa Cinnamon or Eggnog whipped creams using extracts and food color so that guests can choose their own topping.

* Sweet Potato Pie with Marshmallow Meringue – A Southern favorite, this richly spiced pie – made using cinnamon and ginger – is topped with a fluffy mound of meringue that’s toasted golden brown.

You can find more of the company’s Thanksgiving recipes at www.mccormick.com/flavorprint.