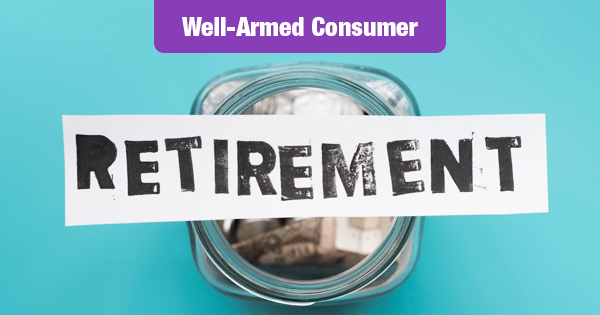 When it comes to Social Security, there is a lot that America’s workers nearing retirement don’t know, according to the results of a survey from insurer Nationwide.

Additionally, more than one in four older adults (26%) believe they can live comfortably in retirement on Social Security alone.

The sixth annual survey from the Nationwide Retirement Institute, conducted online by The Harris Poll among 1,315 U.S. adults ages 50 or older who are retired, or plan to retire in the next 10 years, finds that nearly half (44%) say Social Security will be their main source of retirement income, followed by just 23% of older adults relying on their pension.

“Social Security is one of the most confusing retirement topics that America’s workers are facing today,” said Tina Ambrozy, president of sales and distribution at Nationwide. “In fact, our survey reveals fewer than one in 10 older adults know what factors determine the maximum Social Security benefit an individual can receive.”

To combat consumer misconceptions, there’s a need for greater understanding and education around Social Security.

In fact, seven in 10 older adults (70%) believe they are eligible for full benefits before they actually are.

On average, future retirees incorrectly believe they will be eligible for full benefits at age 63, and 26% think if they claim early, their benefits will automatically go up once they reach full retirement age.

On average, retirees say they began collecting Social Security at age 62. Current retirees that drew early say they needed the money to pay for living expenses (61%), to supplement their income (36%), because they were laid off (26%), had no other source of income (24%) or had health issues (22%).

By contrast, future retirees expect to begin collecting benefits at age 65, on average. As a result of collecting benefits early, retirees are foregoing a progressively higher annual Social Security benefit (for each year they wait up to age 70) to be received over the course of their lifetime.

It’s no wonder workers take their Social Security benefit early; it is typically due to health reasons.

One-third of retirees (33%) say health problems keep them from living the retirement they expected, and of those, more than three quarters (78%) say their health problems occurred earlier than expected (most often by 5 years or more).

In addition, health care expenses keep nearly a quarter (24%) of retirees from living the retirement they expected.

“This data brings to light the importance of planning for health care costs in the years leading up to, as well as through retirement, to help decrease the likelihood of filing for Social Security benefits early and ensuring retirees are financially able to live the retirement they expected,” Ambrozy said.

Confidence in the market and Social Security is low

Retirees also expect a market downturn and have concerns about impacts to their investment portfolio. Nearly six in 10 future retirees (57%) think a recession will hit the U.S. in the next two years, and over one-fourth (26%) foresee it occurring in the coming year.

Future retirees’ worries also expand beyond market volatility and a potential recession – two-thirds (66%) worry that Social Security will run out of funding in their lifetime, 40% believe there will be cuts under the current administration and 83% believe the Social Security system needs changing.

“Many people feel the best way to improve the Social Security program is to raise taxes on high-earners to increase funding,” Ambrozy said. “Interestingly, our survey reveals that 69% of future retirees were surprised to find out a person making $150,000 a year pays as much in Social Security taxes as millionaires.”