Which Industries are Fueling Growth? 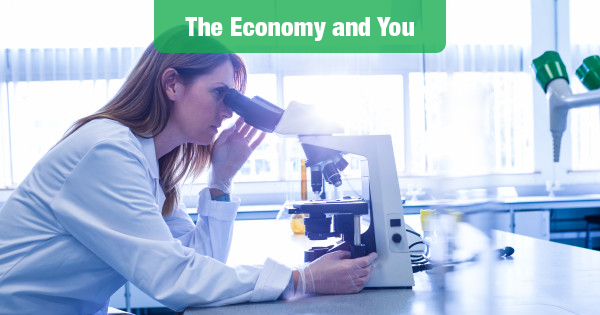 The U.S. economy has been growing strongly in recent quarters. According to government statistics there was a 3.4 percent increase in real gross domestic product (GDP) during last year’s third quarter. This is down from the second quarter, but still significantly higher than the average growth seen in recent years. Which industries contributed the most to this growth, (and will that strong growth continue)?

To find out, we turn to the government’s Bureau of Economic Analysis.

It turns out that wholesale trade; information; and finance and insurance were the leading contributors to the increase in U.S. economic growth in the third quarter of 2018.

According to gross domestic product (GDP) by industry statistics released by the Bureau of Economic Analysis, 19 of 22 industry groups contributed to the overall 3.4 percent increase in real GDP in the third quarter.

Some Cause for Concern

The big question everyone’s mind is, ‘will this growth continue?’. Will we once again slip down into the post-recession doldrums, where 2% GDP growth was the norm? Will the economy even fall into recession?

These findings provide some cause for concern. For instance, trade is a big driver of growth. Yet, the global economy is slowing. Add in that U.S. tariffs (or threats of tariffs) are starting to depress trade flows, and you can see where a change in fortunes here could have an outsized impact on depressing overall growth in the economy.

Also, look at real estate. This sector was a big factor in pushing growth to the very healthy 4%+ seen in the second quarter of last year. The slowing housing market was likewise a big factor in knocking growth down significantly in Q3.

Higher interest rates created headwinds in real estate. They may also create headwinds in the financial services sector by depressing consumer lending. But that dimming effect may be aided by the advent of higher consumer loan default rates, which we are also seeing.

Consumers may be more reluctant to borrow at higher rates, but lenders may also become more restrictive in the face of rising defaults. The net effect could be a significant slowdown in this sector, which has also been a big driver of growth.

So, there are headwinds pushing against the economies’ progress. In the weeks and months ahead, we should keep a keen eye on housing market data, consumer confidence measure, default rates and overall lending activity.