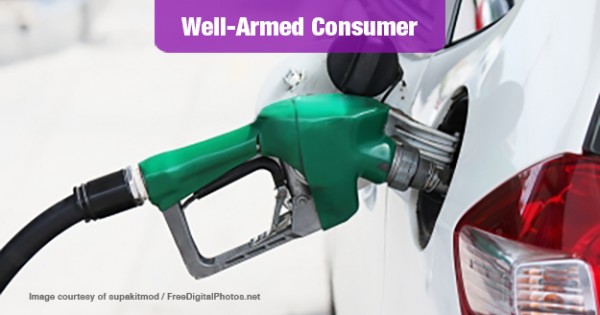 Fuel efficiency is now the #1 motivator people cite when making a vehicle purchase, according to some new research.

The study – from the American Chemistry Council (ACC) and Plastics Make it Possible (really, that’s their name) – found that more than three-quarters (79%) of Americans put fuel efficiency ahead of safety, body type or price when buying a car.

Yes, even price is less of a factor than fuel efficiency. This makes sense, since differences in fuel efficiency can add up to thousands of dollars saved – or wasted – over the term of vehicle ownership.

These days, people are going out of their way to save on gas, literally. Nearly four out of 10 (37%) said they drive further to get a lower price on gas.

So, if fuel efficiency is so important to people, why are SUVs and pickup trucks still the big sales leaders for the Big Three U.S. automakers? After all, these types of vehicles are not known for having the best fuel efficiency. Are people being hypocrites – giving survey takers the “right answer,” then buying a gas guzzler because it’s what they really want?

The paradox can be explained simply, (with a nod to Einstein): it’s all relative. People who are choosing among vehicles in a given category, (full-size SUV, compact car, luxury car, etc.) will certainly consider which one gets the best gas mileage in making a decision.

It’s not that they don’t care about fuel economy; it’s just that they’re not going to buy a subcompact car if they really want a pickup truck. Sure, it’s a bit hypocritical of them, but at least this concern is prompting automakers to improve fuel efficiency across their fleets.