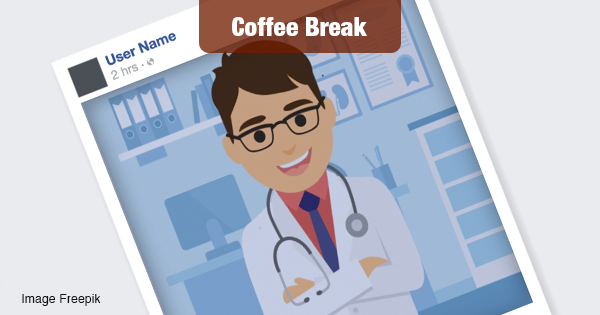 A rising number of Americans are following their healthcare providers on social media, American Osteopathic Association reports. This is especially true for younger adults.

A new survey from the group finds more than half of millennials (54%) and more than four out of 10 (42%) adults are or would like to be friends with or follow their healthcare providers on social media.

The online survey was conducted by The Harris Poll in April 2018 on behalf of the AOA.

This survey also found nearly two thirds of millennials (65%) and 43 percent of all adults feel it is appropriate to contact their physician(s) about a health issue through social media either by posting on their page or direct messaging them.

“Please don’t send me a picture of your rash on Facebook Messenger,” says Jennifer Caudle, DO, an osteopathic family physician and associate professor at the Rowan University School of Osteopathic Medicine.

“I want to be an active part of my patient’s care, but social media does open up opportunities for over-sharing or providing information that would be best managed in the office setting or through designated telemedical technology,” says Dr. Caudle, who has built a vast social media following and is a regular television guest on health matters.

Health professionals are broadly prohibited from communication over social media if any information shared could be used to identify a patient.

Over the past few years, the Department of Health and Human Services has instituted numerous policies and standards to guide practitioners who use social media.

Still, some physicians find social media to be an effective tool for sharing important medical information.

“People—and young people in particular—don’t go to the doctor as often as they should but they are interested in improving their health and wellness,” says Mikhail Varshavski, DO, an osteopathic family physician in New York City who is the most “followed” doctor on social media. “If I can inspire a positive lifestyle change in someone through YouTube, then I’ve been an effective physician.”

He believes that social media is breaking down communication barriers that previously existed in health care, and driving the wellness conversation around important topics including burnout, addiction, nutrition and mental health.

Meeting patients where they are