Buyer Beware: Flooded Vehicles Expected to Resurface in The Wake of Hurricane Dorian 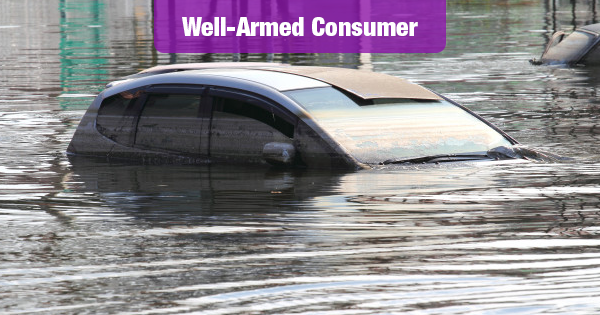 New data from Carfax shows flood-damaged vehicles are resurfacing across the country, and increasingly in states where flooding may not be top of mind for car buyers.

Carfax estimates there are 408,280 flood damaged vehicles on the roads nationwide, and that number will likely rise following Hurricane Dorian this month.

Historically, about half the vehicles damaged by floods end up back on the market.

It’s a striking reminder to unsuspecting buyers to do their due diligence when used car shopping.

Vehicles reported as flood damaged by a state’s Department of Motor Vehicles (DMV), Canadian province, insurance companies and more are in use in every state, and these ten states have the most:

“What’s alarming about flooded cars is they are literally rotting from the inside out,” said Carvana Vice President Jeff Miller. “In addition to the financial consequences, there are significant health and safety concerns. Water eats away at the mechanical parts, shorts the electrical system and can impact safety, compromising important features like airbags and anti-lock brakes. It’s not also not uncommon to see dangerous mold and bacteria in the car.”

“Our research tells us cars with a waterlogged history are everywhere,” said Faisal Hasan, Carfax General Manager of Data. “The ramifications of water damage can haunt unsuspecting buyers for years. Used car buyers need to be vigilant about checking for the warning signs of flood damage no matter what part of the country they live in. Make sure you do your due diligence; take it for a test drive, have a professional inspect it and check the vehicle history report.”

To help protect consumers, Carfax is letting them check for reported flood damage free of charge at carfax.com/flood. They’ve also included a list of the 7 telltale signs of flooding:

1. A musty odor in the interior, which can sometimes be covered with a strong air-freshener

2. Upholstery or carpeting which is loose, new, stained or doesn’t match

4. Rust around doors, under the dashboard, on the pedals or inside the hood and trunk latches

5. Mud or silt in the glove compartment or under the seats

6. Brittle wires under the dashboard

Find out more at www.carfax.com.