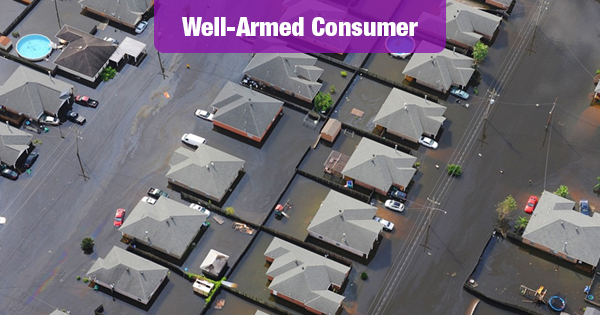 Floods are the nation’s most common natural disaster, but nearly 9 in 10 American families aren’t adequately insured against the costly damages caused by flooding.

A new study from personal finance website ValuePenguin.com has found that just 7 percent of American homeowners have a flood insurance policy, compared to the 91 percent of owner-occupied homes who have homeowners insurance.

With the 2019 Atlantic hurricane season less than a month away, the need for flood insurance has never been more urgent.

Nearly three-fourths of U.S. adults think destructive weather events such as hurricanes are getting worse, and over 40 percent of Americans have encountered weather events that caused property damage or forced them to evacuate their homes.