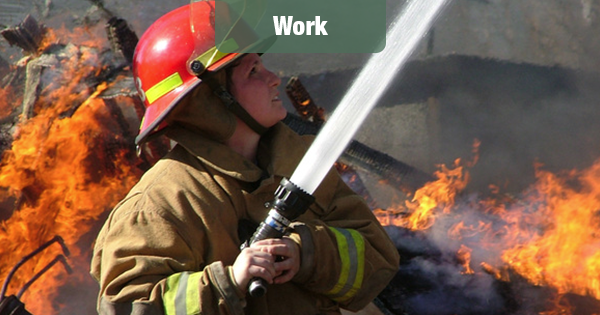 There was a time when the profession of firefighting was something less than professional. Some firefighters were brave volunteers, while others were freelancers looking to make a buck.

That last group – the freelance firefighters, the mercenaries — proved to be troublesome, especially in growing cities.

In New York City, rival teams firefighters would show up at the same fire, at the same time. They would fight over who got the job while the building burned down.

Some crews ran a shakedown racket, extorting the building owner for maximum payment before they’d put out the fire.

Something needed to be done; Cities needed professional firefighters who were true professionals.

The solution to this problem finally arrived on a spring day in 1853, in Cincinnati, Ohio.

As the U.S. Census Bureau reports, it was in Cincinnati that the first professional fire department in the U.S. was established.

Today, while trained volunteer companies perform much firefighting, there are some 65,000 professional firefighters in the U.S. Their mean annual pay is slightly over $41,000 per year.