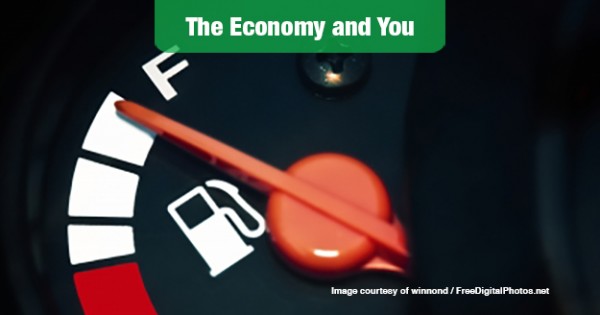 With the price of gasoline dropping back below $2.50 per gallon, you would think we could just be happy, and not think too hard about what it all means. It turns out that the recent, massive drop in crude oil prices that produced this wonder at the pump has some not-so-good outcomes for some folks in the U.S.A. Let’s look at the winners and losers from the Great Oil Bust of 2014:

It’s no secret that the big winner in all of this is the American consumer. This goes without saying, since American drivers are collectively saving billions of dollars due to the drop in gas prices.

And it’s also no great mystery that oil producers are the big losers. When those losers are named Iran, Russia and Venezuela, most Americans ask, “and the downside is?” After all, these are all countries whose governments have directed their energies toward making things somewhat challenging for the U.S.A.

In the past, a situation where American consumers win while oil producers lose would be hailed as a triumph. But this was before the U.S. massively increased its own role as an oil producing country, and began to find its way toward energy independence via domestic oil production.

Indeed, the use of modern oil extraction technology has allowed U.S. oil production to reach its highest level in nearly 30 years. The increase in U.S. production has been a disruptive force in the global oil market, and it is one of the leading causes for the recent plunge in crude oil prices.

But there’s a catch: while advanced technology allows U.S. producers to extract oil in places that were previously off limits, the economics of this new oil boom demand that crude prices remain above a certain point in order for these operations to remain profitable.

For many shale producers, that level is right around $60/barrel, and Brent Crude prices have now fallen below this level. If oil prices remain this low, in other words, many of the operations now contributing to America’s oil production boom will become unprofitable. When this happens, production will all but dry up in these areas.

The current crude oil pricing situation is already causing panic in the domestic oil and gas sector. Some projects that were planned for the near future have been put on hold, while others have lost their funding altogether.

Smaller U.S. oil and gas explorers are suddenly having a much harder time raising money than they have in recent years, while the big players are selling U.S. assets and looking elsewhere for opportunities.

Economists say that the economic benefits of lower oil prices outweigh the costs – in terms of jobs, tax revenues and GDP contribution – of falling U.S. production.

However, there are many skeptics who point out that the other big producing countries, (the OPEC countries in general; Saudi Arabia in particular), may be manipulating the price of oil lower in order to knock American production back down by making it economically unfeasible to produce here at the levels we’ve seen in recent years.

If American production shrinks significantly, the global supply of oil would be reduced, and prices would likely rise again. That would make the lower prices we’re now seeing at the pump a relatively short-term phenomenon. We would go back to paying $3.50-$4.50 per gallon, and our U.S. oil boom would become a fading memory.