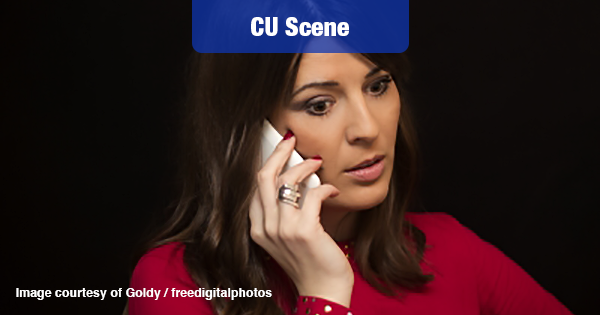 Credit union members everywhere should be on the lookout for some lowdown crooks who pose as I.R.S. agents in an effort to steal money.

Florida Today reports that members of Community Credit Union have been getting calls from people claiming to be from the Internal Revenue Services.

The scammers tell the unwary victims that purpose of the call is to give final notice before a lawsuit is filed against the individual — unless an immediate payment isn’t made.

Credit union members are also threatened with losing their driver’s licenses, and being arrested.

This is a variation on a scam that is pulled all over the country. Credit union members are sometimes the targets, but everyone is vulnerable.

Here’s the key thing to keep in mind:

The I.R.S. doesn’t call you, they write.

If the I.R.S. determines that you may owe taxes, or that you may be the target of an audit, they will write you a letter (using old-fashioned snail mail, NOT email) to tell you. Therefore, anyone who is calling you out of the blue claiming to be from the I.R.S. is most likely a crook.

While this particular scam involves people getting live telephone calls, other, similar scams use email. As we said, though, the I.R.S. will not reach out to you with email.

So, if you get official-looking email claiming to be from the government, it is probably a scam. Don’t follow any links, and don’t give any information.

Instead, you should contact the Internal Revenue Service at 800-829-1040 to find out if you do have any tax problems. If it turns out you’ve been contacted by scammers, you can report the incident to the hotline of the Treasury Inspector General for Tax Administration at 800-366-4484.