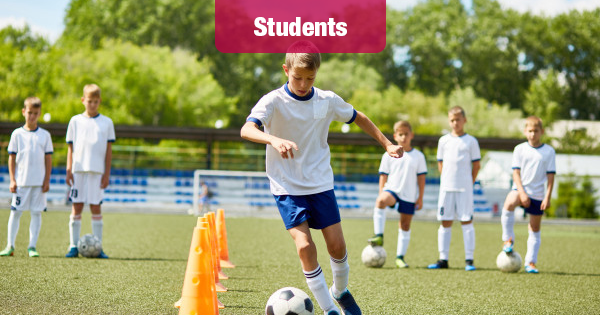 While it’s probably not a shocker that kids’ competitive activities are expensive, you may be surprised to find that nearly 8 in 10 parents have gone into debt because of it.

That was one of the major findings in a recent LendingTree survey of more than 1,000 parents with children ages 18 and younger.

The majority of kids take part in competitive extracurriculars, especially those from higher-income families. In fact, 70% of parents say one or more of their children participate in at least one competitive activity. That jumps to 80% among those earning $100,000 or more, compared to 49% of those with household incomes below $35,000.

Competitive kids’ activities are pricey, and those costs are causing parents to stress. Nearly 1 in 4 parents with a kid enrolled in a competitive extracurricular spend $4,000 or more yearly on that activity. About half (46%) of parents say they’re often stressed about paying for those programs.

Kids’ competitive activities and debt often go hand in hand. Nearly 8 in 10 (79%) parents surveyed have been in debt in order to pay for a child’s activities, a big jump from the April 2019 edition of this survey when 62% said the same.

Parents place big bets on their kids’ future. Many parents (87%) are hoping for a return on investment for their competitive extracurricular spend, believing that the activity could lead to income for their child. That’s up from 80% who thought the same in the April 2019 survey.

Most parents say the pandemic didn’t pause paying for kid’s activities, and stimulus payments helped. Sixty-five percent of respondents said they kept paying for activities during the pandemic at the normal rate. However, 69% of parents had to rely on their economic impact payments as a source of funding.

It’s a summer of spending for many parents as they try to make up for lost experiences from the pandemic. Eight in 10 plan to spend money on summer programs for their child, and 73% of them may take on debt to do so.

“There’s an awful lot of spending going on to make up for lost time,” said LendingTree’s Chief Credit Card Analyst, Matt Schulz. “And now that vaccinations are on the rise and life is opening up more, many parents are trying to give their children a great summer — no matter the cost.”