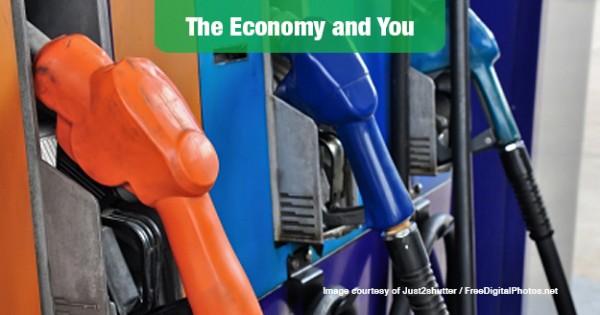 We’re all enjoying the gift of lower gas prices this holiday season. With all the driving Americans do at this time of year, it’s a good bet that some of us will save big dollars during this season vs. last. But will saving on gas be enough to open our wallets wider for other things, like presents?

Not likely, according to a new report from Bankrate. The company had 1,001 American adults polled recently, and found that only 16% of them plan to spend more this year on the holidays.

Among those who are increasing their spending, only 5% said it was because of lower gas prices.

It seems that lower gas prices aren’t going to sway too many Americans to splurge this year. In fact, an overwhelming majority of the people polled (82%) said they planned to spend about the same this holiday season as they did last year.

Young adults were a bit more likely (28%) to spend more than older ones – but even they aren’t putting this down to gas prices, for the most part.

Bankrate’s chief financial analyst, Greg McBride said in a statement, “Despite consumers’ improved feelings of financial security, there is still a prevailing sense of unease when it comes to discretionary spending and the lack of emergency savings.” So, people are still watching their spending, despite an improved economy, and despite lower gas prices.

If store owners and economists find this strange, they need to check their 20th century history. Those of us who are old enough to have known people who struggled through the Great Depression as adults remember these folks as being extra-frugal – even many years after their own economic circumstances had improved. The lessons taught by hard times really stuck with that generation.

As it was for the Depression generation, so it may be with today’s adult Americans. While our “Great Recession” wasn’t as awful as the Great Depression, it resembled the Depression more than it did any mere recession that’s happened since then. Think about it: the recessions of the early 80s and early 90s were hard, but they were over rather quickly. America was back on its feed – and roaring ahead – by 1984 and 1994, respectively.

This time has been different, with hard times carrying on long after the recession was officially over. For many Americans, things have really only improved in the past year or so.

Who knows how things will shape up in the years ahead. But if past is truly prologue, we might expect to see the frugality continue for many years yet.