Dudley the Cow Gets an Artificial Foot 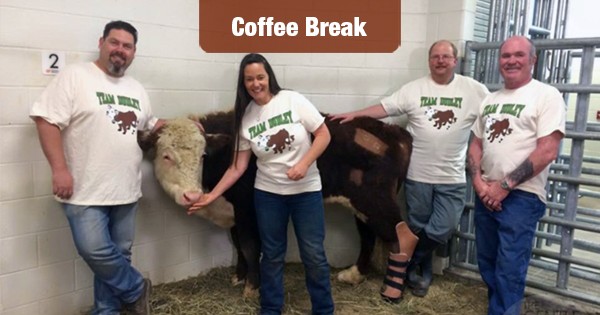 A rescued cow is getting a new lease on life thanks to the efforts of some dedicated rescue workers, and a special bovine prosthetic foot.

Dudley the cow was found in a terrible state, on a ranch in Tennessee. He had a severed foot, and was suffering without help for months, until rescued by a concerned workers from a California based non-profit called The Gentle Barn.

Following his rescue from the ranch, surgeons at the University of Tennessee’s Veterinary Hospital amputated Dudley’s severed foot, and fitted him with a prosthetic one.

Dudley’s artificial foot was made by Ronnie Graves – a fellow amputee and the owner of VIP Veterinary Inclusive Prosthetics and Orthopedics.

So far, the tragic story has turned into a life-affirming, happy one. Dudley is recovering well, though many challenges remain for him. He must learn to walk on an artificial foot, for starters.

But the people who rescued Dudley have high hopes. After all, he has beaten the odds just to make it this far, and he’s got a great team of human helpers now.