Don’t Lie on Your Resume 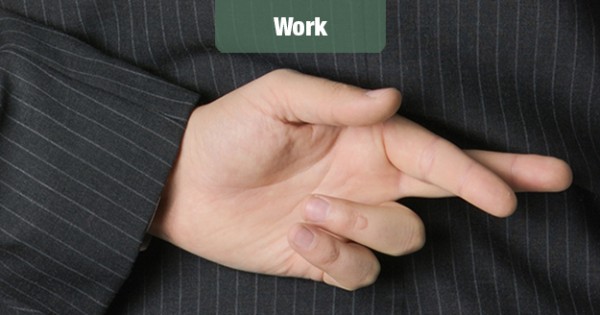 Given the fierce competition for jobs these days, it may be tempting to exaggerate a bit on your resume – or even tell whopper lies. But a new survey finds that most employers have caught these lies on applicants’ resumes.

According to CareerBuilder, 58% of the hiring managers it recently surveyed said they’ve caught a lie on a resume. A third of them (33%) said the practice of lying on resumes has increased since the recession began.

This certainly implies that the increased competition for each available job is leading more people to lie about their professional accomplishments. It may indeed help them to stand out from a vast herd of qualified job candidates, but is it worth the risk?

In CareerBuilder’s survey, 51% of employers said they would automatically dismiss a candidate if they caught a lie on his/her resume. A full 40% said it would depend on the lie. So, what are the types of lies these employers are finding on resumes?

Some other top lies include re-arranging the dates of previous jobs (found by 42% of employers), inflating/changing job titles (34%), lying about academic degrees (33%), listing companies where they never worked (26%) and claiming accolades/awards they’d never actually received (18%).

Do any of those sound familiar? Most of us have been tempted to fudge a bit on one or more of the aforementioned details. After all, who hasn’t thought of exaggerating a bit on their skill set, or getting rid of inconvenient employment gaps with a little creative date-stretching?

It is therefore an understandable temptation to “embellish” your professional qualifications, but the cost of doing so could well be the dream job you’ve been working toward for years.