Dollar Bills Worth the Paper They’re Printed On 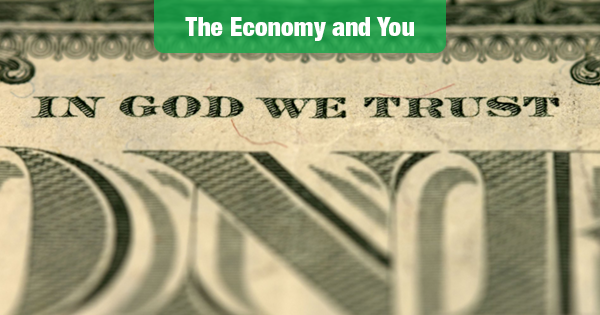 There was a time in the U.S. when banks issued their own paper currency. This led to all sorts of chicanery, as clever criminals figured out how to exploit people’s confusion, and create counterfeit “cash.” Even the legitimate bills weren’t safe, since banks often failed and there was no such thing as deposit insurance. When they failed, their notes became worthless overnight.

All of this became untenable during the time of the Civil War. With the nation at war, the level of money scams and dirty dealing increased, at a time when people needed to have trust in currency.

The U.S. government needed a safe – and light-weight way — to pay contractors, and soldiers.

Congress responded by passing the Legal Tender Act in 1862, fixing paper money as a means of paying the government’s considerable Civil War bills with something other than gold or silver.

As the U.S. Census Bureau points out, one result of this move was that greenbacks became a means of exchange for all private transactions.

Currently, there is close to $1.5 trillion in cash circulating the country and the world. A good portion passes through America’s roughly 117 million households, which earn a median annual income of about $53,500.