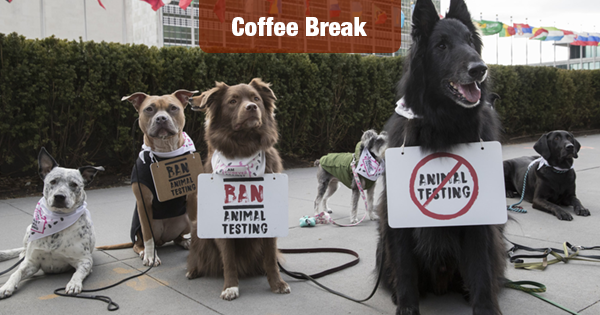 Dogs have united in support of a joint campaign by beauty company The Body Shop and non-profit Cruelty Free International that seeks to ban animal testing in cosmetics globally, the organizations report.

The protest, which included 8 dogs of different breeds and sizes, was in support of the joint campaign, called Forever Against Animal Testing.

The dogs took to the streets with protest signs, bandanas and miniature banners in show of their support.

The Body Shop and Cruelty Free International were joined by pet photographer @TheDogist, who has previously supported the campaign in Canada and the US, and influential Instagram pet influencer @louboutinanyc.

This protest aimed to highlight the shocking fact that 80% of countries worldwide still have no laws banning cosmetic animal tests and encourage consumers to support the campaign by signing the global petition at foreveragainstanimaltesting.com.

Once the petition reaches 8 million signatures, The Body Shop and Cruelty Free International will present it to the United Nations, calling for an international convention to ban animal testing on cosmetics to protect millions of animals around the world.

Recently, the organizations met with UN officials to progress discussions on the topic.

Having gathered 4.1 million signatures in the last six months, the petition is now the biggest ever against animal testing in cosmetics.

The Body Shop and Cruelty Free International are inviting all companies that are against cosmetic animal testing to pledge support for the campaign, and is supplying assets to help other companies and their employees get involved.

Find out more at crueltyfreeinternational.org.