Does Vacation Shaming Keep You from Relaxing? 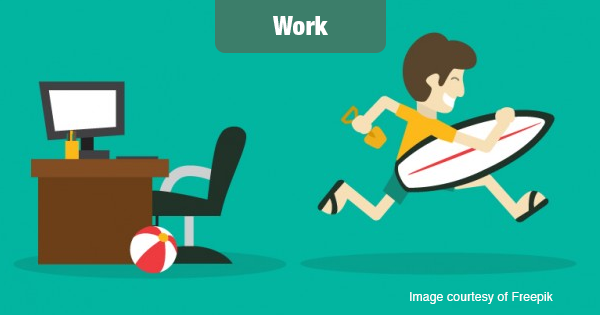 U.S. workers are feeling more guilt than ever before about planning and taking their vacations, according to a new survey from Alamo Rent A Car.

And, vacation shaming is particularly on the rise among millennials. Significantly more employed millennials in 2017 reported feeling guilty for planning and taking a vacation (68 percent vs. 59 percent in the 2016 study) – a 19 percent year-over-year increase.

Millennials are more likely than non-millennials to say that vacation shaming would likely keep them from planning or going on a vacation (40 percent vs. 17 percent).

On the other hand, millennials report that they’re significantly more likely than older generations to shame their own co-workers (33 percent vs. 14 percent). Overall, 53 percent of workers feel their colleagues are serious when they engage in vacation-shaming activities.

Also for the first time, Alamo’s annual research indicates that fewer than half of all workers – only 47 percent – are using all of their paid vacation days, compared with 60 percent in the 2015 study and 57 percent in the 2016 study.

Equally surprising, just one in five (18 percent) workers use all of their vacation days to actually go on a vacation, as opposed to activities such as staying home and running errands.

Among workers who left paid vacation days unused, more than half (57 percent) report feeling guilty when they do go on vacation because their co-workers have to take over their job duties, and nearly half (48 percent) feel the need to justify to their employer why they’re using the time off to which they’re entitled.

Here are two things to ponder:

Think about it: not taking a vacation is counter-productive, and just plain unhealthy.