Do We Need a National Hamburger Month? 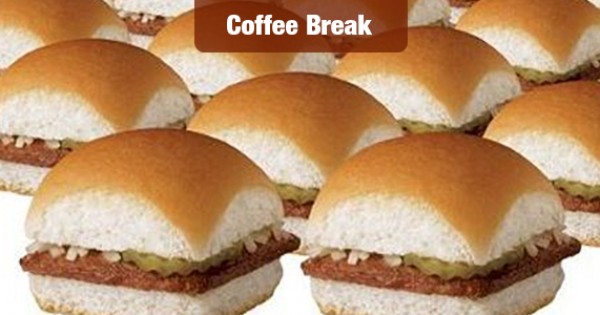 The company that bills itself as “America’s first fast-food hamburger chain” has declared May to be National Hamburger Month, and promises to host a month-long celebration.

White Castle opened its doors in 1921, and currently operates more than 400 restaurants in 12 states. In case you don’t have one near you, we can tell you that their iconic “slider” is a square little hamburger, with holes in it.

Many years before the McDonald brothers opened shop in California, a partnership was formed — between cook Walt A. Anderson and insurance salesman Edgar Waldo “Billy” A. Ingram — in Kansas City, Kansas, to bring the White Castle burger to the masses.

It may seem odd to modern sensibilities, but back in those days ground beef had a bad reputation, and cautious Americans avoided the stuff. Author Upton Sinclair’s 1906 novel, The Jungle, had uncovered some of the more unsavory practices of the meat-packing industry, and folks were (correctly) suspicious of what may be ground into such mystery meat.

Opinions vary as to the exact origins of the hamburger in America, but the White Castle founders traced it back to 1891, when a German immigrant named Otto Krause cooked a beef patty in butter, and topped it with a fried egg.

Determined to reclaim the good reputation of ground beef patties, Anderson and Ingram designed the White Castle restaurants with hospital white porcelain covering the metal fixtures – and even the walls — to promote an image of hygiene and healthiness. One of their big innovations was a method of rapidly cooking the beef patties with onions; the other was the hamburger bun itself.

Essentially, the partners did for hamburgers what Henry Ford did for cars: they standardized the process of making them, so it could be replicated millions of times over.

Their success allowed the White Castle chain to spread throughout the Midwest, and beyond. White Castle’s popularity spawned imitators, and soon other chains surpassed its popularity. But White Castle persevered, and today occupies a special place in the hearts (and arteries) of many Americans.

So, will you jump on their National Hamburger Month bandwagon? It seems a bit redundant, since nowadays every month is hamburger month in the U.S.A. But we give the White Castle people kudos for a neat idea, and wish them luck with their promotion.