Eight out of 10 People Who Relocated During the Pandemic Are Now in a Similar or Better Financial Position, Redfin Finds 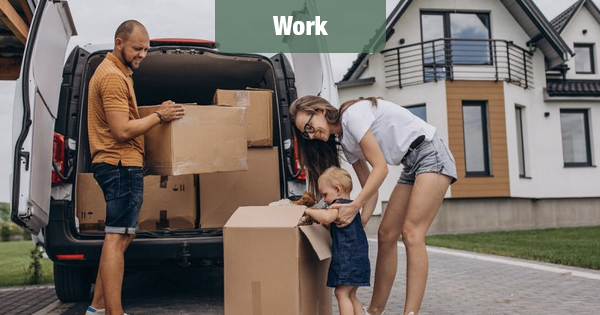 About two-thirds of surveyed Redfin.com users who relocated over the last year have the same or lower housing costs, and almost as many said their new home is the same size or bigger.

That’s according to a new report from real estate brokerage Redfin.

Key findings from Redfin’s recent survey of Redfin.com users who moved to a different metro area from March 2020 through March 2021:

78% have the same or more disposable income after their move.

68% have the same or lower housing costs than before their move.

64% moved into a home that’s the same size or bigger than their previous residence.

80% have no regrets about their decision to relocate.

Redfin conducted the survey during the first two weeks of April, surveying about 500 Redfin.com users who moved to a different metro area in the last year or plan to relocate in the next year.

While housing costs went down and disposable income went up for many respondents, 64% reported moving into a house that’s bigger or at least the same size as their previous home—likely because many homebuyers moved to metro areas with more affordable housing.

For 27% of respondents who have either moved in the last year or plan to move in the next year, living somewhere more affordable is a motivating factor in their move, and 21% said they’re relocating to live somewhere with lower taxes.

80% of people who relocated during the pandemic have no regrets

There has been a fair amount of speculation about the psychology of pandemic homebuyers, with some wondering whether homebuyers will regret making such a major life decision in the midst of a once-in-a-lifetime global crisis.

Soaring prices and intense competition have led some homebuyers to do things they wouldn’t do in a typical year, like waive inspection and appraisal contingencies and buy homes sight unseen in an area they don’t yet live in.

While there are stories of certain buyers regretting their home purchases—and 15% of respondents to Redfin’s survey have at least some regrets about their moves—it seems that the vast majority of homebuyers feel they made the right choice.

To read the full report, including additional survey findings and graphs visit: https://www.redfin.com/news/pandemic-relocation-more-disposable-income/